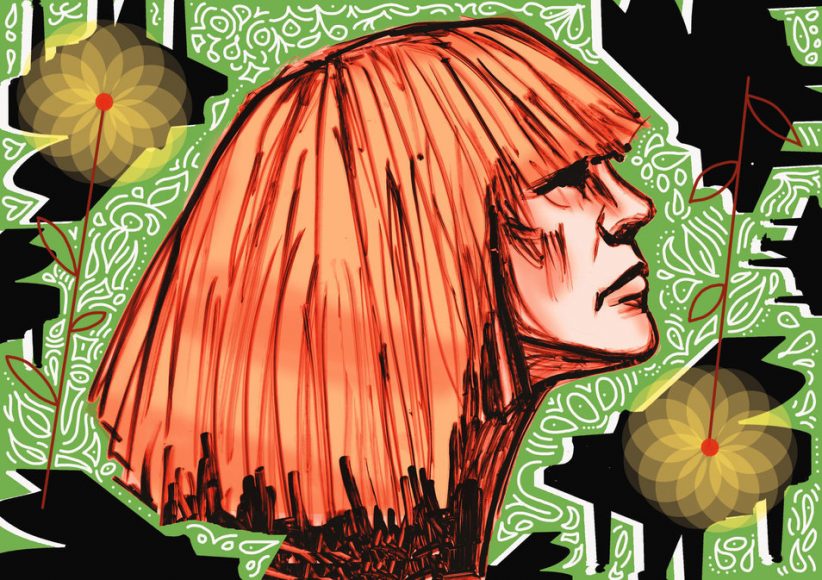 Pianists with a sense of humor have always had problems in the jazz world. The most obvious examples are Fats Waller and Thelonious Monk, whose genius went unrecognized for so long partially due to their comic bent (in addition to being so forward-looking). It wasn’t just Waller’s lyrics or Monk’s offbeat stage presentation either; their humor was embedded in the music itself. Both had a habit of setting us up for a resolving chord, a romantic tone or a rhythmic accent and then giving us something else entirely-an off-kilter harmony, a bawdy bleat or an unexpected pause-enjoying a joke at our expense.

Not everyone laughed along, and even those who did often felt the music was less important because it was so playful. This reflects the common prejudice that brooding is worthier than laughing, that tragedy is more valuable than comedy, and that John Ford is a more significant filmmaker than Charlie Chaplin. Nothing could be further from the truth; giddiness is as central to human experience as melancholy, and levity can unlock the world for us as effectively as gravity.

No one knows this better than Carla Bley, the obvious heir of Waller and Monk. Her 2003 big-band album, Looking for America, was one of the decade’s milestones, but its irreverently witty reworkings of patriotic music made it suspect in the eyes of those promoting jazz as “America’s classical music.” After all, how can we justify our aspirations for the concert hall if our composers are recasting “The Star-Spangled Banner” as a funk jam and a salsa party? Bley’s new release, The Lost Chords, reduces the number of musicians from 19 to four, but the same cheeky personality is evident.

Recorded live on last October’s European tour, the new disc begins with three compositions based on the old nursery rhyme “Three Blind Mice.” At one point Bley has Andy Sheppard intone the three-note title refrain on soprano sax like a prayer call, while she, bassist Steve Swallow and drummer Billy Drummond work a push-and-pull Cuban rhythm until Sheppard has sped up the motif into dizzying triplets. At another point, she plays the nursery rhyme as her hero Thelonious Monk might have done it. In a section called “Leonard Feather,” Bley quotes “Stormy Weather” to suggest how the jazz critic’s name might be sung.

But as Woody Allen has proven, comedy can be a device to disarm defenses so the knife can be slipped in. Using “Three Blind Mice” as others use “I Got Rhythm” is more than just a joke. The odd intervals of the title refrain open up many harmonic possibilities, and Bley uses them to create a bluesy lament, returning the nursery rhyme to its original purpose as a political satire of myopic government leaders. To her Monk-like treatment of the children’s tune, Bley has appended the original music of “The Maze,” a head exuberant enough to someday inspire adaptations of its own. The piano solo alters and substitutes chords so often under the spry melody that she creates a restless mood of searching for something, like a mouse wandering through a maze.

That sense of a quest informs the whole disc and inspired its title, The Lost Chords. In her liner notes, Bley confesses that as a child she longed for a magical, never-heard chord of rare beauty, and that notion seems to amuse her as well as inspire her today. You can tell she’s having fun when she constantly twists the changes into new and unlikely shapes, but some of those substitute chords do boast a fresh beauty that she explores with genuine eagerness.

The album concludes with the trilogy of “The Lost Chords, Parts I, II and III.”-a ballad with brushes, a crisp swing number and a stately processional. The ballad begins with a pretty quarter-note piano melody that changes chords with each note. The simple melodic contour never alters, but the harmonic foundation churns so relentlessly that first you’re dizzy with laughter, then with disorientation. The swing section quotes from various standards but reharmonizes them relentlessly. The processional heads straight down the aisle, only to get sidetracked on a tangent down a pew full of unlikely worshippers before ending with a chord that rings out for 14 full seconds.

If virtuosity is playing single-note runs at dazzling speeds, Bley’s new album offers little of that. But if great jazz playing involves fresh harmonic thinking and ensemble give-and-take, this is some of the best jazz playing around. Bley doesn’t have speed chops, but she has inherited Monk’s gift for phrasing, and she drops two-handed chords and pauses where you least expect them.

Her producer and off-stage partner Steve Swallow gives his electric bass the round tone of an upright without losing the plugged-in oomph, and he never loses the pulse even when he’s inserting melodic phrases in response to the front line. The same is true of Drummond, who coaxes melodic phrases out of his trap set. On “Hip Hop,” Swallow and Drummond not only suggest a modern remix of Monk but also demonstrate how modern R&B rhythms can be stretched and compressed in much the same way beboppers once messed with swing dance bands.

England’s Andy Sheppard is Johnny Griffin to Bley’s Monk. Playing mostly tenor and some soprano, Sheppard uses the same punctuated phrasing as Bley but with a gorgeous tone all his own. This is most obvious on the ballad “Tropical Depression,” where his tenor murmurs seductively as if between kisses on a woman’s neck. Bley mocks his lyricism with jeering chords, as if she were keeping a seducer at bay with banter. But finally she gives in with a languid piano break of her own, and the tune earns its sensuality by moving from humor to romanticism.

Bley has been turning comedy into epiphany for a long time. She chose 11 pieces from 1961 through 1999 for the anthology Selected Recordings: Rarum XV, beginning with “Baseball,” which takes stadium-organ cliches and transforms them into a vigorous jazz piece. The retrospective features three big-band pieces, a chamber octet, a jazz octet, a duo, a trio, a sextet and a nonet. It ends with “Ictus,” her 1961 composition for the Jimmy Giuffre 3.

By definition, Bley’s Rarum is not as cohesive as her individual albums, which you’ll eventually want anyway. In the meantime, though, it’s a useful introduction to a composer who someday will be belatedly hailed as Waller and Monk once were.