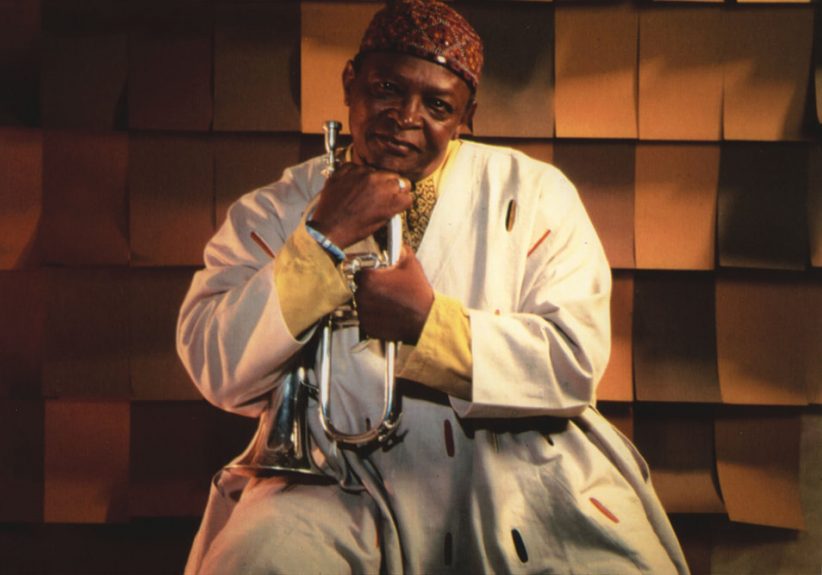 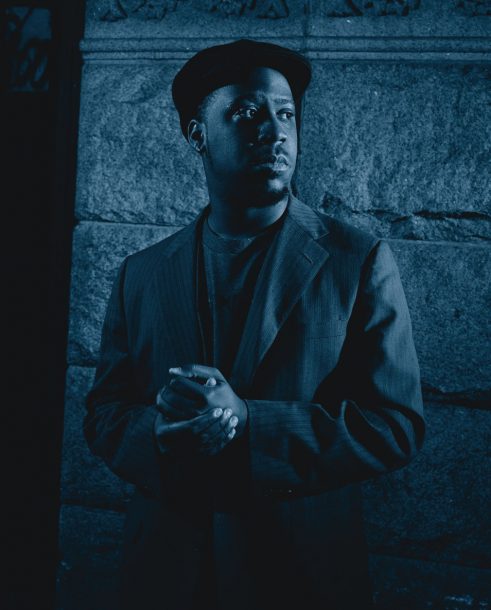 Fifteen years after the end of apartheid, Cape Town, South Africa continues to operate in dichotomies. Cosmopolitan waterfront property flush with shops, swank hotels and luxury car dealerships provides posh distractions from miles of scrapheap townships; the coarse mountain landscapes, between which lie some of the best wineries on the planet, are indescribably beautiful distractions from the myriad problems affecting the poor communities-the AIDS pandemic, crime and rampant unemployment, to name a few. A dual economy furnishes tourists-even Americans-with an exceedingly generous exchange rate.

The 10th anniversary edition of the Cape Town International Jazz Festival, held April 3 and 4 in and around the impressive Cape Town International Convention Centre, also worked in stark contrasts. Moments of hearty swing and heady ensemble cohesion juxtaposed pop and some unabashedly smooth fare falling under the umbrella of “African jazz,” a term that uses the “j” word to connote specific cross-pollinations like marabi, mbaqanga and kwela (à la “Latin jazz”) but is more often a catchall. At a press conference, the genre’s Grand Poobah, Hugh Masekela, argued that “South African music” might be a more appropriate locution. (“The name ‘jazz’ has been used loosely, and has been imposed on every kind of music that is not classical or religious,” he said.) At that same press conference series, a festival producer offered a sentiment to make Stanley Crouch brawl: “Jazz crossed the Atlantic and now it’s coming back to where it started.” As one American colleague pithily observed, where’s Wynton when you need him?

But nomenclature be damned: This fest was fun, organized, well produced and solvent-a sellout for the fifth consecutive year, in fact. (Going against the grain of worldwide economics, organizers plan to expand and sponsor fests throughout the continent. Their reasoning? “When things are tough, we party.”) The Convention Centre itself impressed, a spotless if sterile multi-venue complex with areas designated for close listening, goodtime revelry and everything in between. It even included space for a photo exhibit on Miriam Makeba, the vocal matriarch who passed in 2008.

Where many festivals promise new discoveries, Cape Town offered an alternate universe, with edges sharp (the flautist Magic Malik, who worked in cryptic, cinematic Eurojazz cool) and dull (the Stylistics, whose performance evoked evening PBS programming). The swift jaunts between theaters and outdoor stages exacerbated the urge to check everything out, and gave even the indoor theaters a constant feel of coming and going-fine if you’re the one doing the venue-hopping, not so fine if you’re looking to achieve a Village Vanguard level of meditation.

The most party hearty area was Bassline, an outdoor setup featuring hip-hop and electronic acts that eschewed hip-pop and crunk in favor of a transcultural scope, jazzlike suavity and melds of turntables, samplers and live instrumentation. Pete Philly, an Amsterdam-raised MC who embodied confidence and intelligence, worked alongside Perquisite, a beatmaker who doubles on cello. Jazzers-turned-electronica-duo Goldfish combined house urgency with live sax and upright bass. Saxophonist Rus Nerwich, a South African Jew whose body of work includes jazz interpretations of Holocaust-era ghetto folksongs, presented a genre-swapping large ensemble called the Collective Imagination. Mos Def, aided by Robert Glasper’s Experiment band, recasted John Coltrane’s “A Love Supreme” mantra for a heretical extended chant: “A love supreme/A sound supreme/A vibe supreme.” On the other outdoor stage, live funk was delivered in varying degrees of tenacity, with Shakatak, who are as mawkish as they were in 1985, and Incognito’s surprisingly gutsy live sound.

All those contemporary fusions seemed forced compared to the Glasper Experiment’s own set on the more serious-minded Molelelekwa stage, where the Blue Note keyboardist and his NYC comrades turned DJ culture into a live-band affair, adding jazz-earned chops and fusion’s electricity and expansiveness. After a delayed start and some messy sound out of the gate, a lengthy first jam interpolated Chick Corea’s “Paint the World” and Herbie’s “Butterfly” after twisting shades of the Headhunters and Weather Report into “Fuck the Police”-not the N.W.A. tune (that one uses “tha”), but the single by late producer J Dilla, a lodestar figure for Glasper and hip-hop’s crate-digging left-field. Filling out the band was Chris Dave, a drummer who divided his sound among Tony Williams, Buddy Miles and hip-hop’s boom-bap; Casey Benjamin, a saxophonist who also played keytar and vocoder (too much by set’s end); and electric bassist Derrick Hodge.

In addition to Glasper, the producers gathered a solid cross-section of American talent, even if another A-list working band (or two) wouldn’t have hurt. Dianne Reeves, who might be scientifically incapable of anything less than an august performance, commanded a packed house at the college-theater-sized Rosies venue, moving from a faithful rendition of “Solitude” through a cogent, virtuosic revision of “A Child Is Born” and the convincing folk-blues “Today Will Be a Good Day.” On the very funky “Testify,” the dazzlingly versatile guitarist Romero Lubambo proved he’s internalized not only the lessons of Jobim and Gilberto, Hall and Burrell, but also those of Jimmy Nolen and Steve Cropper.

Per usual, Reeves’ apex came not during her numbers but between them, with a rubato scat soliloquy that turned into a sung narrative about meeting Nelson Mandela. The crowd, already excitable, hit a fever pitch.

Al Foster was on hand with his working quartet featuring Eli Degibri, an artfully authoritative tenorist who developed under another Miles Davis alum, Herbie Hancock. Foster reined in his own technique beautifully, toying with swing in a way that was kinetic but never overpowering. His group was clearly inspired, even if some choices in repertoire-“So What”-weren’t.