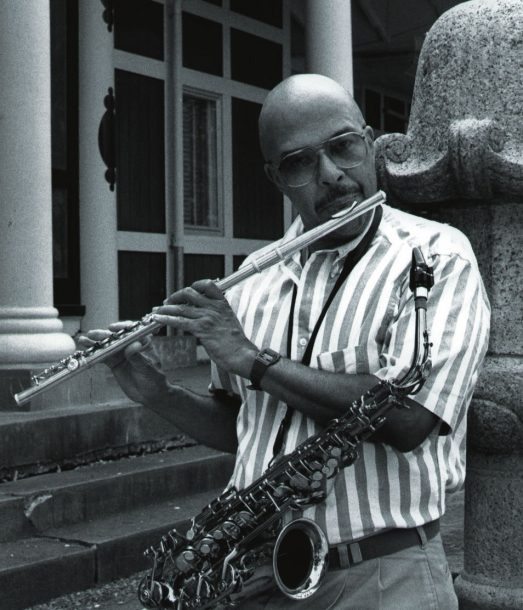 A city with fewer jazz clubs than the fingers on one hand, Washington, DC, has produced an impressive amount of world-class talents. Though Shirley Horn and Wallace Roney have stormed global bandstands, others of equal brilliance like Buck Hill have never transcended the Beltway. IBM programmer by day/hard-core alto saxophonist by night, Byron Morris is a revered member of that latter elite.

Born and raised in Roanoke, young Byron was tutored early on by his musician father J.W. By ’64, Morris had loads of gig time with R&B and jazz bands. Relocating to DC, Morris fit right into the city’s then-thriving jazz scene. We started to play at the New School of Afro-American Thought and Jazzland. I had Eric Gravatt on drums-he was Weather Report’s original drummer-Fred Williams on bass, and Gerald Wise on trumpet. We started moving in that direction of Ornette’s stuff,” Morris recalls.

Ignored by the majors, Morris was forced to release the music of his band, Unity, (featuring vocalist Jay Clayton), on his own EPI Records. Although Unity would release two brilliant LPs, (Blow Your Mind, Vibrations, Themes & Serenades) gigs were scarce. 10 years later, Unity’s recordings were hip totems of the UK’s acid jazz scene. Reborn and fired up, Byron Morris and Unity have a new CD, Live! at the East Coast Jazz Festival (By-Mor Music). Crooning and wailing like his guru Rashaan Roland Kirk, Morris and his sextet drop mad fresh versions of goldies like “Monk’s Mood and Seven Steps to Heaven”. A watershed recording.