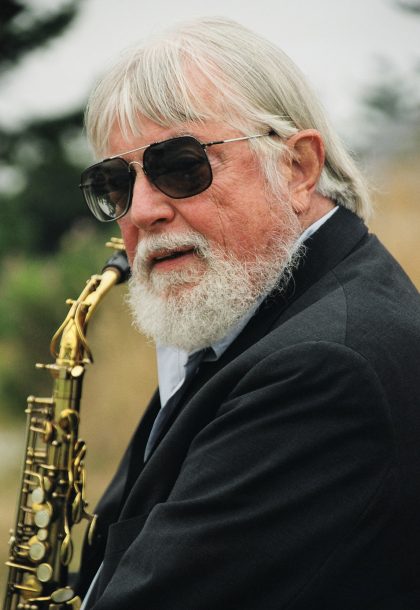 Bud Shank, an alto saxophonist and flutist whose career spanned more than a half century, died April 2 at his home in Tucson, Ariz. The cause pulmonary failure. A day earlier Shank had been in San Diego recording a new album. Shank was 82.

Born May 27, 1926 in Dayton, Ohio, Clifford Everett “Bud” Shank tried his hand at a variety of woodwinds before settling on the saxophone. He attended college in North Carolina and worked with saxophonist Charlie Barnet before moving to California in the late 1940s, where he played with trumpeter Shorty Rogers and then pianist Stan Kenton. Working with guitarist Laurindo Almeida, Shank was also one of the first jazz musicians to explore Brazilian music. Shank cut a number of albums for the world music label World Pacific from the ’50s to the ’70s.

Shank first recorded as a leader in the mid-’50s, for the Pacific Jazz label. He is considered part of the emerging West Coast cool school, but he continued to develop beyond that sound as the years went on. In those early years, he also played with Maynard Ferguson, Bob Brookmeyer, Bob Cooper and, in 1962, with Indian sitarist Ravi Shankar on the latter’s Improvisations album. In the ’60s, Shank also aligned with artists as diverse as Sergio Mendes, the Mamas and the Papas-that’s his flute on the classic hit “California Dreamin'”-and Chet Baker, who appeared on Shank’s 1966 album Michelle, a collection of covers of then-contemporary pop hits. The latter became Shank’s only album to reach the Billboard charts.

Shank continued to evolve during the ’70s and ’80s, eventually giving up the flute to concentrate on his alto work. He put together a band called the L.A. Four with Almeida, bassist Ray Brown and a revolving cast of drummers, and recorded a number of albums for such labels as Concord, Contemporary and Candid. In 2004 Mosaic released Mosaic Select 10, a three-disc collection of Shank’s Pacific Jazz collaborations with Cooper. In 2005 Shank formed the Bud Shank Big Band and in 2007 he released Beyond the Red Door, with pianist Bill Mays.

Watch an excerpt of the Bud Shank documentary Against the Tide.