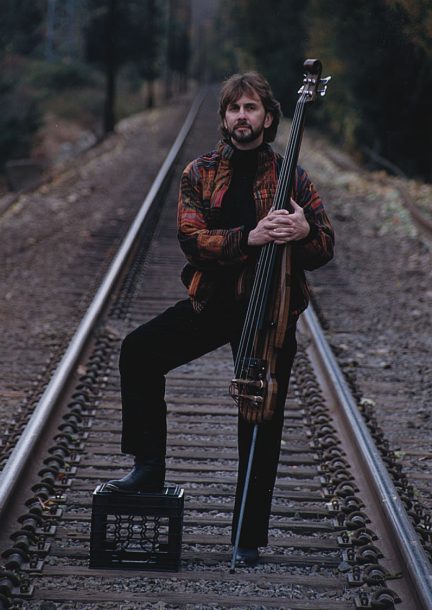 While he long ago established himself as a reliable sideman in such classy company as George Shearing, Marian McPart-land and Stephane Grappelli, Brian Torff pursues an earthier muse on Working On A Bassline (Bassline Records). The Chicago-born bassist, currently the music program director at Fairfield University in Connecticut, delves into deep grooves and extended techniques with his blues-jazz power trio Thunderstick, featuring guitarist Joe Beck and drummer Grisha Alexiev.

“I come from the ’60s and wanted a group that played with that kind of energy and imagination and be equally at home in a rock or jazz venue,” says Torff. “Sort of like Cream or Hendrix with a bit more jazz on top.”

“Soul Of The Quarter” carries a New Orleans second line feel that reflects Torff’s early infatuation with The Meters. The heavy blues-rock of “Ghost Train” conjures up Cream at the Fillmore while “Spirits Rejoice” has a rolling African walking rhythm. On the exuberant “Lula’s Work Song,” Torff incorporates gospel flavored call-and-response with urgent backbeats.

“Although I played a lot of straightahead gigs, my writing tends to reflect my life experiences. I grew up in Chicago and was exposed to Willie Dixon and Muddy Waters and that whole Chicago blues sound, as well as ’60s rock and pop. This kind of music hits you on such a gut level and it’s fun to let that come out. It just feels good to be honest about who you are and what excites you.”

For this bass-centered project, Torff relied on his custom-made Banchetti electric upright. “I still play the wood bass for sideman gigs but for my own thing this instrument really works well. It’s got a very warm, woody sound and yet it projects like a solo instrument.”

Aside from Thunderstick, Torff also works in a highly interactive trio context with pianist Laurence Hobgood and drummer Paul Wertico. Their debut album, Union, on the British Naim label, was released last summer. “It’s just one of those groups where every time we play together, all kinds of sparks start flying.”