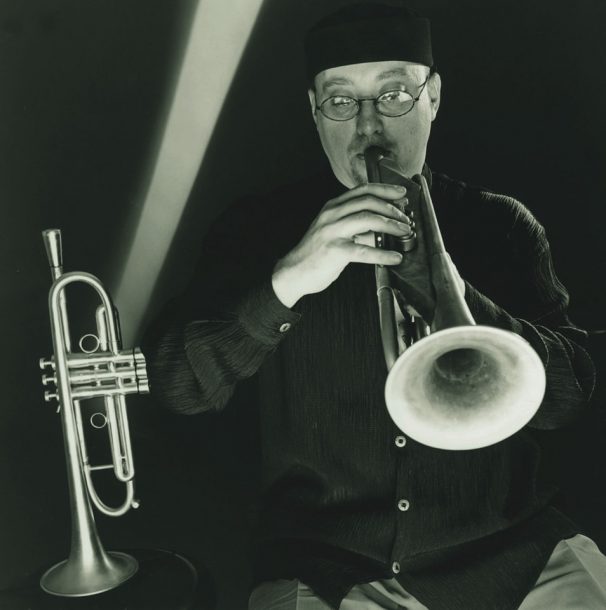 As a follow-up to 1995’s excellent quartet date Keep Your Circle Small, his debut on Sharp Nine Records, trumpeter Brian Lynch has prepared a program that takes in more of his varied influences and personal tastes. An alumnus of both the Horace Silver (’82-’85) and Art Blakey (’88-’90) schools of hard bop, Lynch has widened his palette from lengthy associations with Toshiko Akiyoshi’s big band, Eddie Palmieri’s Latin jazz combo and, for the past five years, Phil Woods’ bristling bop quintet. He’s also done recent sideman duty on trombonist Conrad Herwig’s The Latin Side Of John Coltrane (Astor Place) and guitarist Dave Stryker’s Blue To The Bone (SteepleChase).

All of those influences converge on The Latin And Swing Project. “Half the record reflects the Art Blakey-Horace Silver thing with some different kinds of rhythmic things in there,” says Lynch of the quintet sessions with Donald Harrison, David Kikoski, Essiet Essiet and Jeff “Tain” Watts. “The beat on ‘Luke Man’ we like to call a nouveau swing beat. It’s like a hip-hop beat but with the open cymbal of swing beats so you can go either way on it. Tain really hooked up the beat on that. On another tune we play reggae beats mixed with swing beats.”

The rest of the record reflects Brian’s Latin jazz influence. “I used Kikoski on piano, John Benitez on bass, Adam Cruz on drums and Milton Cardona on congas. And on two other tunes I’m augmented by a brass section-two trumpets, two trombones and tuba. One is a tribute to Eddie Palmieri called ‘Palmieri’s Mood,’ which features Conrad Herwig on trombone. And we also do an arrangement of ‘I’ve Grown Accustomed To Your Face,’ which goes through Latin and swing feels. So it’s a pretty varied program and I was really excited to get a chance to do something with horns.”

Another side project that Lynch is focusing on is a quartet with drummer Mark Johnson, saxophonist Eric Leeds and organist Melvin Rhyne. “Melvin should be recorded,” he says of the Hammond B-3 great who was a member of the Wes Montgomery trio. “Nobody does it like him.”