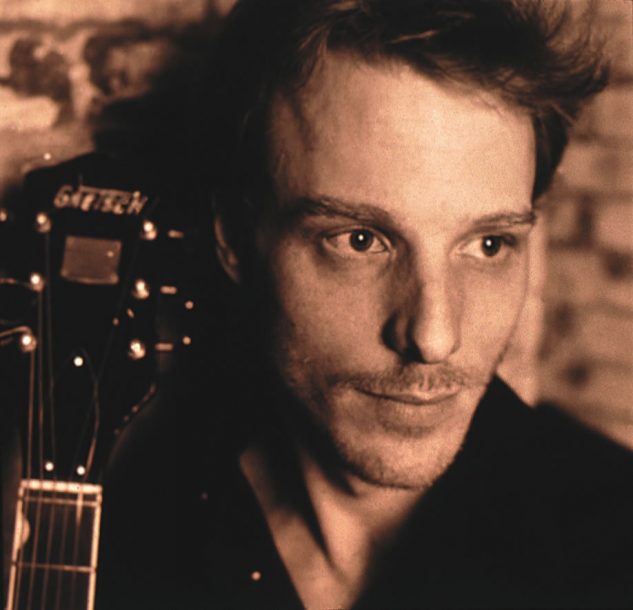 As the world gets smaller, the definition of a “worldly” jazz musician is shifting. Take guitarist and composer Brad Shepik, who plays in some of today’s most adventurous groups, like Dave Douglas’ Eastern European-influenced Tiny Bell Trio and Matt Darriau’s klezmer-influenced Paradox Trio, as well as Pachora (with Chris Speed) Babkas (with Briggan Krauss), The Commuters and Tridruga (whose self-titled debut is out now on Love Slave Records), among others. Some traditionalists probably wouldn’t consider Shepik a jazz artist, since he hardly sounds like a conventional jazz guitarist. Although Shepik improvises with the same fluidness as Kenny Burrell and evokes the same earthy soulfulness of Grant Green, he channels traditions that go further back than the Mississippi Delta-that of the Balkans, North Africa and the Middle East. “I don’t play traditional jazz music or traditional Balkan music. I don’t play in any groups like that, so it never feels like I put on a different pair of shoes to play with the Paradox Trio, and another if I play in one of my own groups. I guess over time, it’s all infused into one identity.

“I’ve always been into folk music,” Shepik says. “I kind of view jazz as being kind of a folk music.” From one listen to Brad Shepik’s enthralling new album, The Well (Songlines), it’s apparent that Shepik hears jazz in its truest multicultural sense, claiming musical influences from Turkey and Greece to Israel and Morocco. The album’s transportive nature sometimes recalls those magical international portraits made by Duke Ellington and Randy Weston, but it has a sound completely of its own.

Along with Douglas and Darriau, Shepik is associated with the loosely constructed Jewish Alternative Movement-though he isn’t Jewish. Although many fans and critics try to overly politicize any musical movement with explicit ethnical ties, Shepik is hesitant to think in those terms. “I never really felt compelled to wrap my music into any kind of political context for people to enjoy it. I really don’t have a political agenda with my music. It’s just what I’m doing.”