Skip to content
Become a member and get exclusive access to articles, live sessions and more!
Start Your Free Trial
Home > JT Archives > Brad Mehldau: The Art of the Trio, Vol. 2: Live at The Village Vanguard 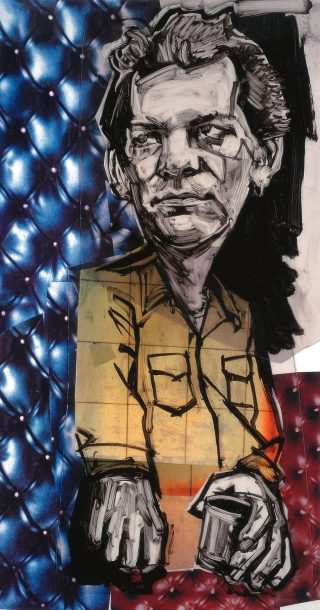 It will be surprising if Brad Mehldau’s huge talent fails to lead him to something important. His piano playing is getting more elliptical and, at the same time, more rhapsodic. Between those poles, he is searching. The search is fascinating, his music the product of a style under construction. In these two albums made in the last half of 1997, Mehldau departs from the relatively less ambiguous approach of his previous two Warner Bros. trio albums, recordings as a sideman with saxophonists Mark Turner and Joshua Redman, and tracks on the Warner Jams and Christmas Party CDs.

Rather than burning with sustained inspiration, the pianist’s work flashes with brilliance. His imagination and the power of his technique work together (and, occasionally, at odds) to produce passages that teem with Brahmsian chords, contrapuntal urgency, surges of rhythmic energy, and sudden thoughts that may or may not connect to the sudden thoughts that preceded them. Mehldau’s music can be a maelstrom into which it is impossible to see or a storm illuminated by ideas like bolts of lightning. He sometimes takes spareness into pointillism, as in “It’s Alright With Me” on the Vanguard album. Snatches of melody hint at Bud Powell or Bill Evans continuity but never settle all the way into it.

Jazz musicians have no choice but to go public as they grow into their virtuosity. Mehldau is getting at something. It would be foolish to try to characterize the change in his work or to predict where his playing is heading, but it is going to be interesting to follow him on his voyage of discovery. In his liner notes, a Socratic dialogue on the topic of irony, he makes clear his awareness of the discovery process. “The whole notion of music is ironic from the gate,” he tells himself. Music, he says, is “A way of expression yet completely in the abstract, a language yet without words, autonomous, without a need to refer outside of itself, yet encompassing that outside; yes, a fragment and yet containing the whole, able to reinvent itself from the beginning at any given moment.”

When Mehldau finds his center, as he does in “Monk’s Dream” and “Countdown,” the music is thrilling, nowhere more so than in his stirring unaccompanied passage in the Coltrane piece. To gauge the increased density of Mehldau’s conception, compare this version of “Countdown” with the one by the same trio two years earlier on Introducing Brad Mehldau (WB 45997). Not only is Mehldau himself digging into deeper layers of complexity, but there is also increasing empathy among him, bassist Larry Grenadier and drummer Jorge Rossy.

Further encounters with mature musicians like Lee Konitz and Charlie Haden may increase the pace of his growth. In their album recorded at the Jazz Bakery in Los Angeles, Mehldau accommodates his accompaniments to the rigor, whimsy and surprise of Konitz’s alto. There is a delicious moment when Konitz introduces a variation on a phrase from “Home on the Range” and Mehldau responds by comping for a moment in a loping. In exchanges of four-bar phrases with Konitz in “The Song is You,” Mehldau’s improvisations take on some of the clear character of Konitz’s lines. As he is minding Konitz’s creations, he is channeled by Haden’s straightforward, but far from simple, bass lines and time feeling. In his first solo chorus on the piece, the polyphony is startlingly like that of Dave Brubeck 40 years ago, with Haden performing the role of stabilizer in much the way that Eugene Wright did with Brubeck.

“I don’t have a surefire musical vocabulary,” Konitz once told Whitney Balliett, without regret. A bag of tricks seems the last thing he wants. “He’s not Sonny Stitt,” Bill Holman recently said of Konitz’s refusal or inability to charge straight ahead regardless of inadequate or inappropriate accompaniment. Konitz depends for success on the support, balance and musicality of his partners. Haden and Mehldau give him what he requires. His solos here are among the freshest recent work of a jazz improviser who is unlike any other.

The recording quality of the Vanguard album is excellent. The sound from the acoustically challenged Jazz Bakery is adequate. Four of the six tracks on the Konitz/Mehldau/Haden album end in engineered fades, a puzzling solution to the length problem. There should have been enough material from the Bakery engagement to fill a double CD package with entire performances.