Skip to content
Become a member and get exclusive access to articles, live sessions and more!
Start Your Free Trial
Home > JT Archives > Bossa Nova at 50 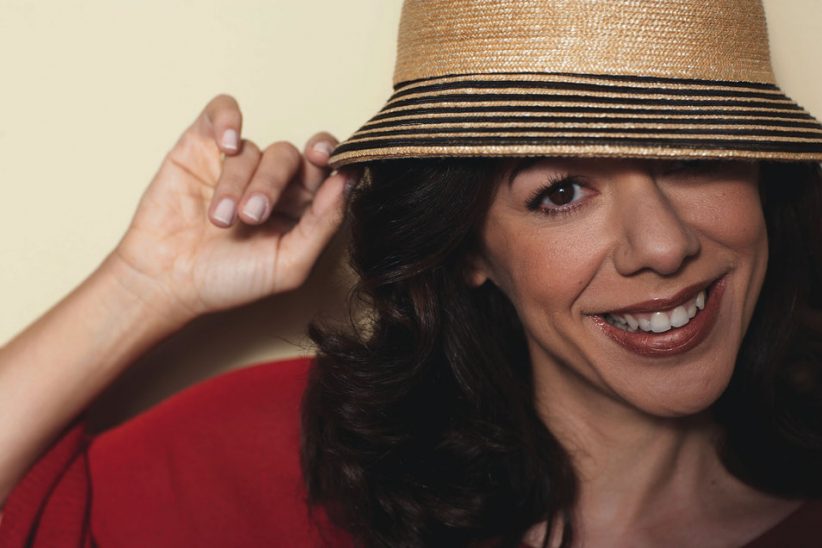 Los Angeles has long been a natural geo-cultural way station for Brazilian music, and not only because of the parallel weather realities and an easy-does-it spirit between Brazil and Southern California. Musically, there have also been certain affinities between the two locales, between the sophistication and lyrical understatement in sub-currents such as “West Coast cool” and the deceptively sensuous yet musically complex textures we’ve come to know and love from Brazil. When the setting is right and the stars-musically and fate-wise-align, Brazilian music just somehow feels good and in its element, in Los Angeles, especially in such a venue as classic as the Hollywood Bowl.

Brazilian music is a frequent houseguest during the Hollywood Bowl’s summer season, so it hardly needed a milestone excuse to settle into the famed outdoor venue. But it didn’t hurt to have a festive anniversary overlay in the case of the recent “Bossa Nova at 50” concert, presided over by pioneering Brazilian musician Oscar Castro-Neves and featuring the sumptuous arrangement and conducting handiwork of Vince Mendoza.

One of the principle liaisons on the L.A./Brazilian axis, Castro-Neves is a songwriter, a film composer, arranger-orchestrator in Hollywood and, not incidentally, a fine guitarist (Brazil seems to breed fine guitarists by the dozen). As he said at the Bowl, the evening was dedicated to “celebrating the first 50 years of Bossa Nova,” and in a space which he described as “a huge living room.” Befitting an epic living room occasion, this Bowl evening wore its complexity casually, without dwelling excessively on history and cultural correctness. But the night did, of course, include plenty of Jobim-iana.

For the occasion, Castro-Neves brought singers into the mix from various corners of the musical universe, as if to accentuate the adaptability of the music. Pianist-vocalist Eliane Elias is ever the inspired addition to any Brazilian program, and her contributions to the show included a ripe version of “So Nice (Summer Samba).” Classical soprano Marisol Montalvo added her more poised and polished vocal treatments of two pieces (and two lavish outfits), “Retrato” and “Onde está você,” and pop-cum-jazz singer Kenny Rankin came out to lend his cool timbres on Jobim chestnuts “Desafinado” and “Ipanema.”

From Poland, the classically trained jazz singer Anna Maria Jopek dazzled with her take on the song “Apêlo,” while current Brazilian favorite Maria Rita-the daughter of musical notables Elis Regina and Cesar Camargo Mariano-was flown in directly from Rio. Rita was a real captivator here. She is blessed with an organic charisma and technical savvy, and her seductive version of “Quiet Nights” may have been the high point of the evening.

Ivan Lins, one of the most prominent and smartest living proponents of Brazilian music of the past quarter-century, issued his flowing lyricism and suavity, especially on his ravishing ballad “Começar de Novo,” ennobled by a lustrous Mendoza arrangement. The missing party from the list was one prominent Los Angeles-based Brazilian, Luciana Souza, who recently gave birth.

Castro-Neves himself played the brilliant, free-association-fueled Jobim classic “Waters of March,” with just his rippling guitar parts underscoring his voice as he spun out the song’s delicious and sonorous absurdities. A core rhythm section featured pianist Don Grusin, drummer Alex Acuña and saxophonist Gary Meek, and Mendoza’s tasteful treatments with the stripped-down orchestral forces onstage only whetted the appetite for more of the same.

Ending on another familiar note, all vocalists converged for a run-through of “Manhã de Carnaval,” aka “Black Orpheus.” At this would-be climactic moment, the spirit was willing but the delivery was weak and scattershot. Needless to say, the dullness of the finale was hardly representative of a full and flowing night of music-both from the source and from the vast pool of passionate musical acolytes of the Brazilian muse. The verdict at Bossa Nova’s 50th: looking and sounding good, with a still promising and expanding future.