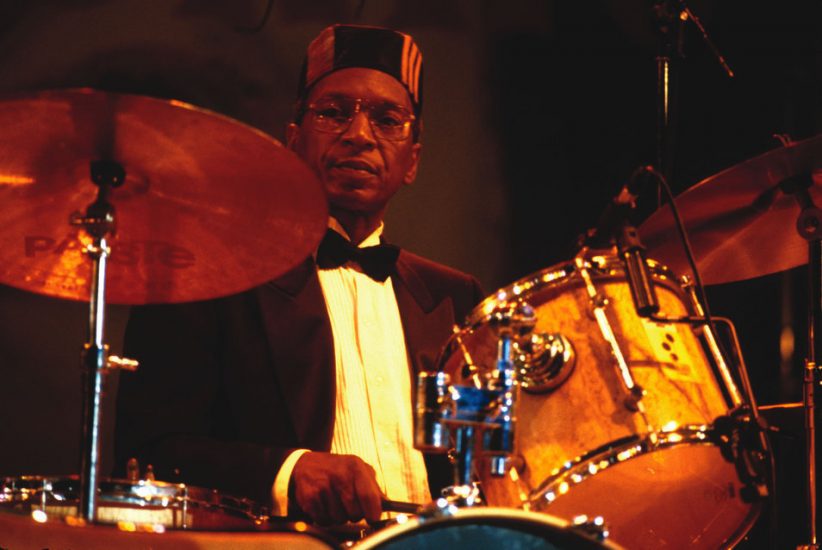 Bobby was a tough guy. He was a very physically powerful guy and was into boxing, yet he was also very open emotionally. As a young guy playing in his band in Philadelphia, he was very protective of me. If somebody were sort of messing with me in a club he would go straight there, like, “Nobody’s fucking with my piano player.” But there was also a very elegant side to Bobby. He was somebody who could exhibit great sensitivity, especially when he was playing with singers. That’s when he played with such incredible finesse, particularly with brushes. When we would do gigs like that he’d explain how you don’t have to overplay, how you have to caress it more. So he had both of those extremes.

I was introduced to Bobby through the great Philly saxophonist Bootsie Barnes, whom I started playing with when I was 18. Bobby continued the straightahead jazz drumming tradition in Philly, along with Mickey Roker, Philly Joe Jones and Edgar Bateman. Those guys, for me, were like a touchstone for what it was to be a musician. I had the privilege of hanging out and playing with them and learning on the bandstand from them. And a lot of the stories that they would tell after the gig about their firsthand experiences on the road were things that, for us younger musicians, were historic and part of jazz lore. They carried with them so much history, and if you were cool and knew how to approach them with humility and looked like you were trying to get your music together, they embraced you. They were tough guys but they could also be very supportive.

As a young piano player I was naturally very curious to hear about what it was like to play with Oscar Peterson. And Bobby would tell me. That’s just some of what I learned from him. I also learned how to be a musician in more ways than just playing music, that part of it was how you looked at the world. These were life lessons on the gig, and Bobby was a good teacher in that sense as well.

In terms of the music, Bobby was a ferocious player. He played with a lot of energy. You could not lie back playing with him in a trio mode because it was just relentless swing. You really had to have a lot of energy to keep up with him. He also was a really great soloist. That was part of his thing-the Bobby Durham show. He’d take these really long, crowd-pleasing solos. He was really an exciting guy to play with.

We had a steady gig in North Philadelphia with Charles Fambrough on bass and Bobby used to have a lot of guests come and play with us, and it was always really strong. He liked it when you really went for it. And I always liked that challenge of learning on the bandstand, keeping your ears open and just dealing with the incredible energy that Bobby brought.

We would go into these places like Winston’s House of Jazz in Camden, N.J., and the people loved him. And these weren’t necessarily jazz clubs; they were just bars where there was music. But they were great places to play because the people really enjoyed the music and they were regular gigs for us. And Bobby, who had a lot of charisma, always went over big with the people at these places. He was not afraid to be an entertainer. He would sing, he would scat, he would tell jokes, he liked to play funk. He was somebody who just felt very open in a lot of different situations. And as a young person, you just soaked it all up.

I talked to Bobby a couple of months before he passed. He was living in Genoa, Italy, by then. He had seen that I was passing through Italy on some gigs so he got in touch and I was really happy to hear from him. After he passed away I wasn’t sure how people would remember him because he wasn’t the most famous guy by the end of his life, but he really deserves to be remembered. It’s sort of staggering to consider how many records he played on with all these great musicians, everyone from Duke Ellington to Oscar Peterson to Ella Fitzgerald and all those great Pablo recordings with people like Joe Pass, Benny Carter, Roy Eldridge, Sweets Edison and Dizzy Gillespie. He even played on records by James Brown, Ray Charles and Marvin Gaye. So he’s like walking history and was a great teacher for me. He’s somebody I really loved.