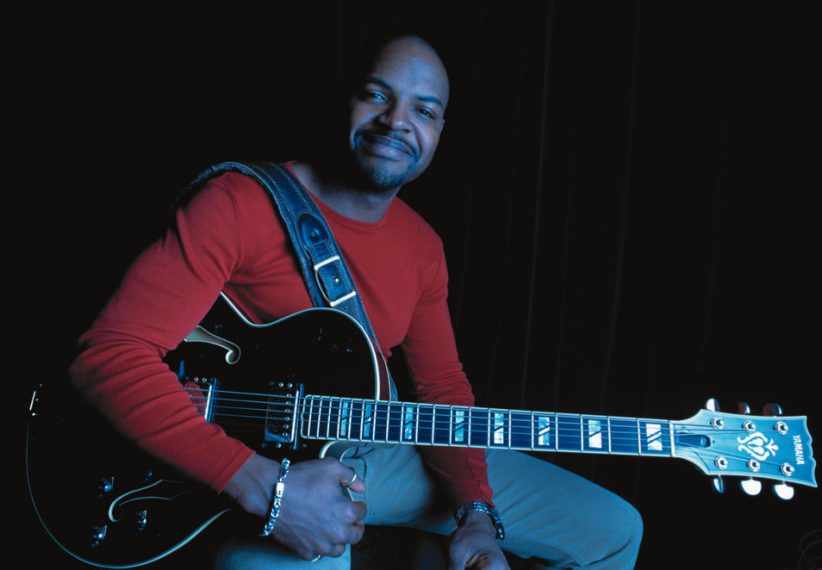 By all accounts, guitarist and composer Bobby Broom should be a household name. He emerged on the scene in his mid-teens by gigging with the great pianists Al Haig and Walter Bishop Jr.-both of whom played with Charlie Parker. Sonny Rollins asked the teenage guitarist to tour with him, but since Broom was still in high school, he opted to stay home and play at Carnegie Hall with Donald Byrd. Broom’s résumé continues with a who’s who list of jazz greats such as Max Roach, Kenny Burrell, David Murray and Art Blakey, who was so impressed with him that he invited Broom to join his famed Jazz Messengers.

“Blakey asked me both to join his band-to do a tour of Europe-and record,” recalls Broom. “I decided not to go because there was another buzz happening in town around trumpet player Tom Browne. A bunch of my musical buddies were already active in this circle when I returned from school. They were touring and recording and I wanted in on that.” With Browne, Broom recorded the 1979 GRP album Love Approach, which yielded Browne’s seminal block-party rocker “Funkin’ for Jamaica.” Two years later Broom released his GRP debut, Clean Sweep, which yielded the underground 12-inch single, “Saturday Night.”

As soon as it seemed Broom’s professional reputation was gaining momentum, however, GRP’s alliance with Arista Records went sour-and so did Broom’s recording career. Dismayed by the record industry, Broom went into jazz education, urged by Jackie McLean. “He called me in around 1981 or ’82 and asked me to conduct bimonthly master classes in jazz improvisation at the University of Hartford in Connecticut,” says Broom. “I was 20 years old, still a student myself, and had never taught before. He believed that I had something to offer his students and encouraged me to relate to them as a musician who was accomplishing some of the things that they were aspiring to. To this day, my approach to teaching and students comes from a place inside me that Jackie nurtured.”

Now living in Chicago, Broom works with a community-outreach mentoring program called Jazz in the Schools, directed by the Ravinia Festival Organization. “A group of professional jazz musicians visit 10 Chicago public high schools, giving private instruction with the goal of preparing students, who show promise, for involvement in a performing ensemble,” explains Broom. In addition to being an educator, he still keeps busy as an in-demand guitarist, playing with everyone from David Murray to R&B crooner R. Kelly. With the release of his Delmark debut, Modern Man, his schedule is sure to become even busier.

A reunion of sorts, Modern Man finds Broom nestling his smoky, deep-purple tone in a bluesy hot bed of Dr. Lonnie Smith’s smoldering organ, Ronnie Cuber’s burly baritone saxophone and Idris Muhammad’s swampy swing. At first listen, the instrumentation harks back to George Benson’s 1966 album, The George Benson Cookbook. Both Smith and Cuber played on that album. “The personnel for the record developed from a kind of nostalgia on my part,” Broom reveals. “I’ve known Ronnie Cuber since I played in his band in New York in the ’80s. Over the years we’ve talked about doing a record pairing him with Lonnie Smith again. I met Lonnie back in the days when George Benson and his old manager, Jimmy Boyd, had a club called the Breezin’ Lounge up in Harlem. Then there’s Idris, who was the drummer on one of my favorite records of all time, Charles Earland’s Black Talk!

“Of course, the Cookbook record was the impetus for the selection of the personnel, but I think rather than revisiting George Benson’s recording, the idea may have been more of an attempt to revisit the feeling of a time and place among musicians. As artists we knew that we were not there to recreate anything. We all each had 40 more years of experience, musical and otherwise, to express.”