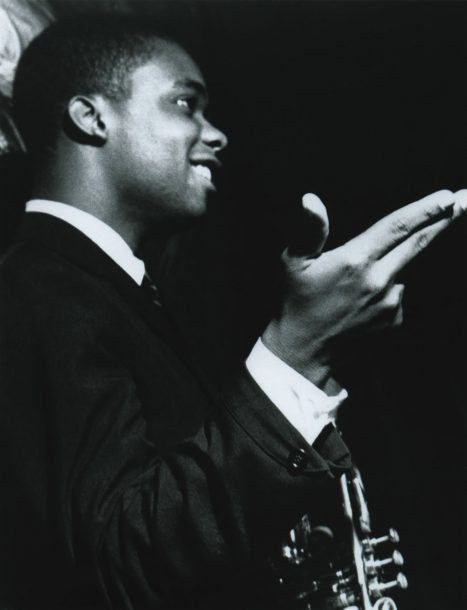 Blue Note Records will release Without a Song-Live in Europe 1969 by trumpet icon Freddie Hubbard, who passed away last December at the age of 70. Recorded at shows in England and Germany, the album features seven tracks performed with an all-star quartet, comprising pianist Roland Hanna, bassist Ron Carter and drummer Louis Hayes. The album captures Hubbard at the peak of his career during 1969’s Jazz Wave on Tour that was produced by Sonny Lester and recorded by Malcolm Addey. After years of being in the Blue Note vaults, last year producer Michael Cuscuna sent the tapes to Hubbard, who enthusiastically embraced the idea of letting the music finally being released. The release date is June 2.

Recorded in Bristol and London, England, and at a date in Germany, Without a Song features Hubbard the title track, “The Things We Did Last Summer,” “A Night in Tunisia” and “Hub-Tones,” in a truncated version that served as the end song of Hubbard’s sets during the tour. The album also includes Red Garland’s “Blues By Five” (a rarely played tune that Miles Davis once covered) and the avant-leaning, tempo-shifting original, “Space Track.”