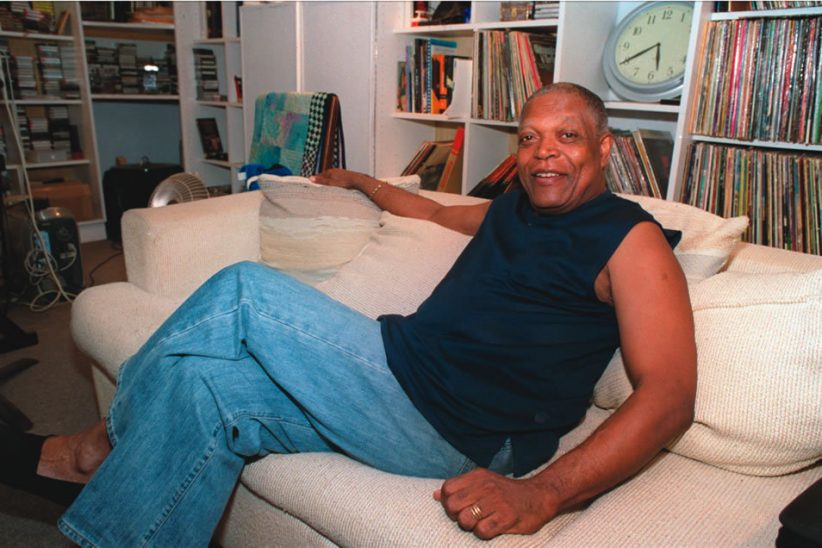 The inner sanctum of Billy Hart’s Montclair, N.J. home is a basement music studio that serves as a combination listening room, recreation room and classroom for visiting music students.

“This is it,” Hart says, referring as much to his life as he is to the contents of the room. The walls are lined with built-in bookshelves, each section carrying a different medium. One holds albums, another cassettes. CDs occupy a bulky binder. Some drawers by his television, VCR and DVD player are filled with sheet music.

There are pool and foosball tables down there as well, but they are surrounded by drum kits in various states of set-up for Hart’s students to use. Recalling a line he said that Bird used when asked his religion, Hart notes, “Like Charlie Parker said…I’m a devout musician. And I’m afraid that’s it.” Consequently, “I’m not home very much,” says Hart.

The Washington, D.C. native says it seemed like only yesterday that he was studying mechanical engineering at Howard University, coming home from baseball practice and pondering whether music would take him from the sport.

“My grandmother lived across the hall from Buck Hill, who’s still the best saxophone player in Washington, D.C. I met him and he gave me my first Charlie Parker record. That’s how I even knew there was such a thing as jazz.”

“As I learned how to play, and hanging out with him, him taking me to sessions, meeting Shirley Horn, all the Washington people, I told him one time, I said: ‘Man, I really want to get out there and see what’s going on.’ And it was like he waved a magic wand and he said, ‘You will, you will.’ But it was like, boom. And the next thing I knew, the rest of my life has been spent on the road without ever stopping.’

“Forty years. On the road. One band after another. Jimmy Smith’s band: three years. Herbie Hancock’s band: three years. McCoy Tyner’s band: two years. It just goes on. Wes Montgomery: two years. Eddie Harris: two years. Stan Getz: four years. But when that stopped, I just continued. As we speak, I’m in two Austrian bands, a Swiss band, a British band, an Italian band,” he says. “Except with the addition of the fact that I’m now an adjunct professor at five universities. So even when I’m in the country, which isn’t often, I’m on a plane going to one of these universities.

“I’m just never home,” he reiterates. “To answer your question ‘What do I do?’ This is it. Vacation for me is at home.”

Hart said that gigs seem to intertwine, with sideman duties on one musician’s album leading to similar work with someone else from the same band. He estimated that he has made more than 600 recordings and still makes “two or three records a month.” One of the latest is Quartet on HighNote, featuring saxophonist Mark Turner, pianist Ethan Iverson and bassist Ben Street. It is the eighth album under Hart’s name, an indication of just how busy he is contributing to everyone else’s projects.

“I wish I had an answer about ‘What do you do?’ I don’t do anything. I study. I’m either studying for classes that I’m going to teach or I’m studying for a project that I’m involved in,” he says, opening a nearby drawer full of envelopes crammed with sheet music. He goes through a few, ticking off the names.

“Don Byron last week at the Jazz Standard, this is Saxophone Summit…that’s their music…Phil Robson, that’s the British band I’m in. He’s a great guitar player. Every drawer here, it’s stacked like that, full of music of bands that I’m in. Tonight I’m at Cornelia Street with Bob Stewart, so I’m currently studying that band…I was with Christian McBride two days ago. I should be with Lew Soloff Monday at 55 Bar and Tuesday I’m going to France. Meanwhile, for the past three weeks…I’m doing a summer camp for kids at Montclair University.”

Billy Hart’s home looks like most others off Montclair’s main street of Bloomfield Avenue, a multistory, circa-1920s wood-frame structure with a small front yard and a narrow driveway on the side, except for the exterior color scheme of lavender and purple, which seems to scream “alternative lifestyle” and makes the house leap out from the rest of the block. He credits his wife and daughter with the decision and a handyman-painter with the execution of vision. The women of the household are also responsible for the eye-high sunflowers that line the front walk.

“All I wanted was for the house to be clean. Once the guy decided to take the siding off the house…

“We were making this painter sick. He wouldn’t show up for months,” says Hart. “It was beginning to get like the house was his. You know, like with an arranger on a record date.”

Hart speaks from the now-solid perch of a front porch that looks down toward the front lawn and street below. It wasn’t always so secure, he says. “You couldn’t walk up on the steps. You couldn’t lean on the railings.”

He recalls the saga of the handyman with the sound of an experienced homeowner. “The drama of whoever is doing your house is like your family,” says Hart. “He’d be down here listening to records. And he’d bring his own records.”

For inspiration on the road, Hart takes a custom-made cassette tape of previously unreleased John Coltrane recordings from the old Half Note club in New York. Music from the session is just now being made available commercially, he says. “They’re just releasing [it] in 2006 and I’ve been listening to it by the hour since 1974.”

“I’m always studying the history [of jazz]. I got the Milt Hinton book [Bass Line: The Stories and Photographs of Milt Hinton by Hinton and David G. Berger] so I can talk about bass players’ relationship[s] to drummers in the beginning of jazz. A lot of that, of course, is for the students, but of course it’s for me. I’m a Coltrane addict, I guess you could say that. In fact, I’ve got some books here that I know for a fact that Coltrane and Ornette were studying together. Some sort of bizarre, beyond metaphysical stuff.”

“I’m going to sleep,” Hart laughs. “You know what a tour is. If you’re lucky, you may get in by 11 o’clock or 12 o’clock. By the time you get to the hotel, it’s two or three. You’ve got a five o’clock sound check and an eight o’clock concert. And you just repeat that as long as there’s a tour. Unless, of course, you’re Keith Jarrett or someone where you have a day off in between concerts. But I’m not that kind of musician.”

“About eight years ago I got diabetes, so I’m a horrible guy. I drive restaurants crazy. Especially since I eat mostly in restaurants. If you’re in Italy every year, France every year…you begin to figure out a way of eating…fish and rice and soups and salads. I can’t drink anymore because of that.”

“In the summer I wear this stuff-I was lucky enough to meet this guy in Senegal-I wear these African things from time to time. Because I’m a drummer, I don’t like shoes that have big soles, I like thin soles. Papa Jo Jones also used to wear thin shoes when he played drums. He carried his shoes in a drum case. I forgot about that. Maybe that’s what I should have done. I like Italian shoes and African or Indian shirts and jeans. That gives me something to do in Italy-I can go looking for shoes. I don’t wear shirts with ties unless I have to.”