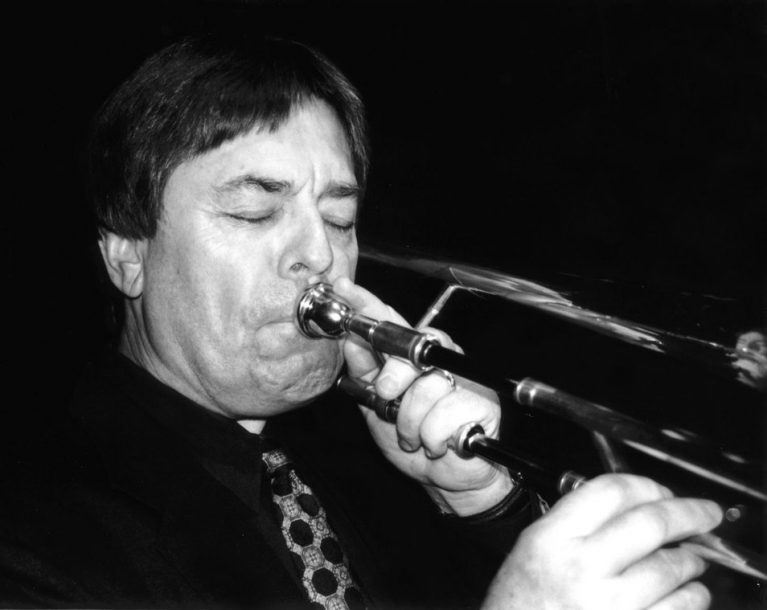 During the 1960s, trombonist Bill Watrous paid his dues blowing in the big bands of Kai Winding, Quincy Jones, Johnny Richards, Woody Herman and others, and later leading his Manhattan Wildlife Refuge in New York before resettling in Southern California in 1976.

On Space Available (Double-Time Records), Watrous’ first big band album as leader since 1973, he uses top West Coast players, most of whom have been with him since 1978. Recorded like a live album, the studio session was completed in two days without rehearsal.

“It’s a very un-West Coast-sounding band,” says Watrous. “It sounds like a New York band,” something close to Thad Jones/Mel Lewis. A graduate of that ensemble, Bill admired its small-group concept and its use of charts as framework for great soloists. Watrous claims his 17-member band is moving in that direction.

“The real name of the game is a great melody and something that absolutely burns,” he says. “Every chart on this album has a hook, a unique thread running through it that makes it identifiable melodically.”

Watrous gives lots of credit to his players, arrangers, and wife-manager, Mary Ann. “I’m basically nothing but a tunesmith,” says the 58-year-old musician. “I’ve always tried to mine whatever good things it’s possible to mine out of a good tune. I love a great melody, a great line, something that unfolds with dignity and grace. I’m not out to try to amaze anybody with mathematical complexity.”