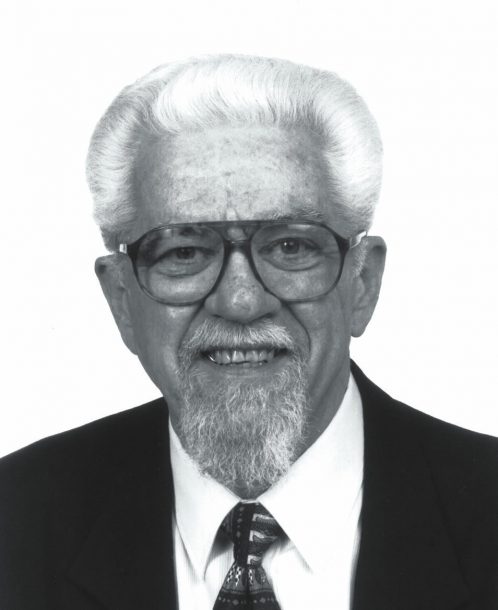 Arranger/pianist Bill Potts was born with an individual musical voice and a sense of purpose. He didn’t have to “learn to swing.” In fact, he was incapable of playing or writing anything that didn’t feel inevitable. It’s also been said by many musicians that Bill’s charts “play themselves” as the writing is so natural. His writing was also sophisticated, elegant, sometimes unpredictable and always full of heart.

A native of Arlington, Va., Bill spent close to 12 years in New York bookended by periods of prominence on the Washington, D.C., area scene. In the mid-’50s he cut his teeth arranging for the Orchestra, a nationally recognized, D.C.-based big band that was presented by Voice of America’s Willis Conover. Potts’ sense of uplifting, lyrical swing was already in evidence on those early efforts. The band hosted a series of special guests, including Charlie Parker and Dizzy Gillespie. There was also a weeklong gig in 1956 leading a local trio backing up Lester Young that was recorded and released on a series of Pablo recordings beginning in 1980.

Potts’ artistic vision is vivid and palpable on his remarkable 1959 big-band recording The Jazz Soul of Porgy and Bess. The band on Jazz Soul consisted of many of the top players of the day, and Bill wrote in a way that let them all shine. Phil Woods’ “Bess, You Is My Woman,” Sweets Edison and Zoot Sims on a surprisingly uptempo “Summertime” and Bill Evans on “I Loves You, Porgy” are highlights. I find the arrangement of “My Man’s Gone Now” very moving as well. Bill struck a balance between reverence for Gershwin’s music, roaring swing and a melancholy tinge without ever loosing his own identity. The Potts recording was in contrast to the Gil Evans/Miles Davis landmark rendition of Porgy and Bess that commercially overshadowed it. The differences were merely in the arrangers’ taste and personality. The two recordings were equal artistically.

From the late 1950s into the ’60s, Bill was also busily writing for numerous record dates in New York, including memorable arrangements and compositions for the Quincy Jones Big Band, Al Cohn and Zoot Sims, Phil Woods and Gene Quill and the Buddy Rich Big Band. He became Paul Anka’s musical director from 1964 through 1969. Potts loomed large on the scene in New York, earning the respect and admiration of colleagues who included Manny Albam, Ernie Wilkins and Clark Terry.

After his late-’50s and ’60s New York triumphs, Bill returned to the D.C. area, where he accepted a teaching job at Montgomery College in Maryland. Bill made no real distinction between the academic and professional worlds. He would often thrust his hand through his mountain of white hair and shout to students who played without conviction, “Swing or I’ll kill you!” The day he asked me to play drums with his ensemble at school, my life changed.

That “gig” led to many exciting experiences. He took me New York, where he arranged for me to sit in with Al Cohn at the Half Note; he hired me to play an evening with Herb Ellis and he recommended me to Charlie Byrd. Shortly after that I joined Charlie’s trio and worked with him for 19 years. Bill took other students under his wing, notably my brother, pianist Robert Redd, saxophonist Leigh Pilzer and bassist Paul Langosch. We were all members of the powerful big band that he led from 1979 until the early ’90s.

Bill was a generous, loving mentor who taught by example and wanted more than anything to see his students succeed artistically and professionally. He also had a difficult time recognizing his own talent. Ironically, that might be why he was so good. One needs only to listen to a Bill Potts arrangement for a lesson in pure, unselfconscious finger-snapping swing. I will always love Bill Potts and be grateful for how he enriched my life.