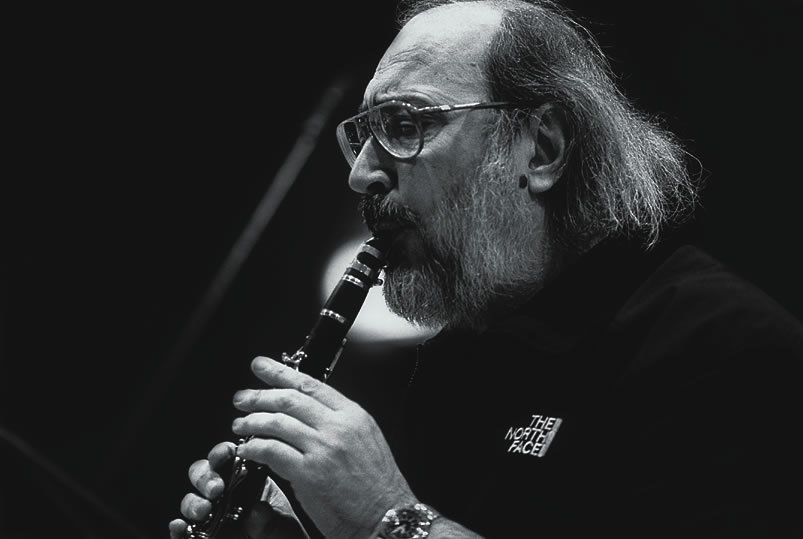 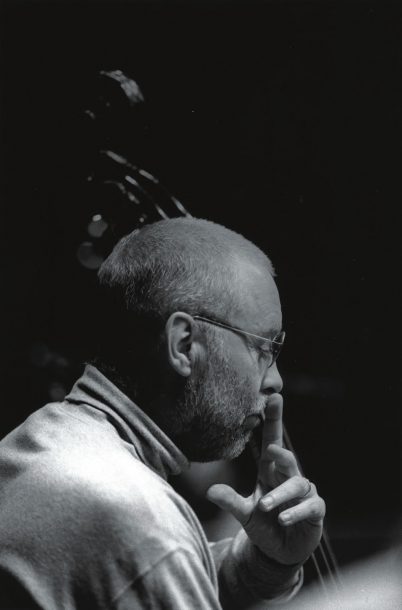 Every summer, shortly before the city of Siena prepares to host the mega-event known as the Palio (essentially a horse race with a superabundance of local custom and pageantry attached to it), it stages a two-week jazz festival. This is focused around intensive musical studies for some 200 highly motivated young musicians and includes nightly al fresco concerts in Siena as well as some outlying towns. It would be hard to imagine a more enjoyable setting than this proud Tuscan city, which has been the subject of innumerable travel books. The jazz school itself is situated in the Fortezza Medicea, a massive 15th-century fortress built during the era of Medici domination (still a sore point, it seems). The students study theory, ensemble playing, instrumental technique and, if they like, jazz history. They also have access to an impressive library of recordings and books.

The teachers at Siena include many of the biggest names in Italian Jazz, and it’s worth noting for the sake of Americans who harbor protectionist feelings about the music that the gap between American and European interpreters has closed significantly in recent times. And certainly musicians like Claudio Fasoli, Gianluigi Trovesi and Stefano Battaglia all have something uniquely European to offer. Most of the performers at the festival are drawn from this faculty, though instructors thus engaged are free to choose sideman from wherever they like. Sometimes this will include well-known American musicians tying a string of guest appearances in with a European tour. The whole setup works well; for the musicians the opportunity to combine a stable two-week teaching gig with some performing must be attractive, and the chance for the students to see their instructors practice what they preach can be valuable as well. But one becomes aware of something more than this in the course of spending a few days at the Festival, which is that Siena Jazz provides a focus for a community of Italian musicians that includes students, teachers and performers, and it’s not uncommon for young musicians who come to study to return as performers. And it must be said that this is a genuinely warm and friendly community, going out of its way to make visitors feel welcome-and absolutely spoiling visiting journalists!

Things kicked off in spectacular fashion at the Piazza il Campo, site of the upcoming Palio. The Pietro Tonolo Quartet lead off, featuring Tonolo on tenor and soprano sax with Riccardo Zegna on piano, Cameron Brown on bass and Joe Chambers on drums. This was the only group I saw that featured two American performers. As one would expect the rhythm tandem was a dream, and pianist Zegna meshed well with his personalized version of the prevailing post-Evans style. Tonolo himself is a fine player, especially on tenor, and all in all it was an enjoyable set, though the tunes didn’t resonate here. These were all pop hits of recent times, and perhaps knowing the originals would have helped, though this writer’s exposure to Italian pop doesn’t necessarily support this hypothesis.

Gianluigi Trovesi’s Octet was next, and while Tonolo may have gotten to some deeper places I doubt if he would have wanted to follow this vastly entertaining group. The band’s forte was it’s ability to navigate a shifting sea of styles, one minute sounding like a weird trad band, the next like a film score, and the next like a cross between Carla Bley’s group and a village band from southern Italy. What was impressive was the subtle way that one thing morphed into another. Trovesi is also an able and individualistic soloist, his extended alto clarinet spot being a high point, and trumpeter Massimo Greco also made a strong impression.

During the week the concerts moved to Enoteca Jazz Club in the environs of the Fortezza. “Enoteca” means wine cellar and some estimable jazz writers have been ambitious enough to include appraisals of the phenomenal range of wines offered here in the scope of their reviews (arrividerci, Paul Haines!) but it was enough for this one to try and soak in the offerings of two groups each night. Certainly the Monday fare was potent, featuring the intensely introspective Gamma Trio, lead by saxophonist Claudio Fasoli and featuring Paulo Birro on piano and Rudy Migliardi on trombone. Fasoli has been heard in many different contexts over the years, and with Gamma Trio he wanted to try an instrumentation that hasn’t been used before. Fasoli showed himself to be strong as a composer and as soloist, while his two cohorts demonstrated their abilities both as improvisers and as interpreters. Most impressive was the way all three players stayed true to one overall musical vision, so that the segues from theme to one soloist to another and back were seamless.

The Marco Tamburini Quintet was a good follow-up, a punchy outfit with an updated hard-bop approach. Trumpeter Tamburini, who comes out of Hubbard and Shaw, was well-matched by saxman Stefano Bedetti, one of those courageous souls who’s managing to work through the post-Joe Henderson lexicon convincingly. And Marcello Tonolo is a fine pianist, as valuable for his impeccable comping as his well-crafted solos. Cameron Brown returned on bass, this time paired with drummer Fabrizio Sferra, who was a revelation. The readings of standards were especially inventive; a thousand chances were taken on the almost totally spontaneous “Seven Come Eleven,” and somehow they all paid off.

Tuesday’s show began with an ambitious attempt to blend jazz with Sicilian folk influences, put together by vocalist Olivia Sellerio and bassist-director Piero Leveratto. Fortunately a libretto was provided; even though your reviewer can speak Italian, Sicilian is another story-indeed some Italians in the audience could be seen referring to the English translations! The folk song lyrics were often as starkly evocative as the action in a Pirandello drama, and Sellerio is a forceful singer who delivers her message well. When the group worked with musical elements that could be traced to Sicilian music, things were interesting. But some of the settings seemed too sweet; whatever child a marriage between jazz and Sicily might engender, any resemblance to bossa nova would surely raise doubts about the parentage. After the break Stefano Battaglia’s Quintet took over. Battaglia is a very original pianist, able to work as here with a saxophonist working through Coltrane/modal areas without sounding at all like McCoy Tyner, or to dart of into quirky, unpredictable abstractions. He has provided an effective foil to Francesco Bearzatti’s sometimes pained melodicism, and drummer Emanuele Maniscalco, who was a student at Siena only last year, made a good showing.

First up on Wednesday was the Pietro Condorelli Quintet. The leader is an extraordinary post-hard-bop guitarist whose vocabulary has evolved to where he sounds like no one but himself. He also has a good compositional sense and his bandmates all did well, especially pianist Francesco Nastro. Sometimes this kind of jazz does ask a lot of the listener; the harmonic sequences are not based on obvious resolutions and the structures themselves are often complex, so when the soloists take flight it’s hard for the listener to feel like that it’s all going somewhere. On the whole Condorelli & Co. delivered more than enough to make the effort worthwhile, but interestingly, the much more modern “Rhapsody for Billie” by Giancarlo Schiaffini with Silvia Schiavoni and and a barrage of prerecorded sounds seemed straightforward by comparison. Schiaffini is known primarily as a trombonist, though he stuck to the baritone horn for this occasion, and Schiavoni is a classically trained vocalist. This homage to Billie Holiday was in line with the work of modern composers who use the legacy of earlier figures as a point of departure, especially Mauricio Kagel (“Blue’s Blue”). I particularly enjoyed the way that Schiavoni deconstructed Billie’s interpretation of “My Old Flame.”

Another guitarist, Roberto Nannetti, lead off Thursday evening at the helm of a quartet with Giulio Visibelli on soprano sax and flute, Paolino Dalla Porta on bass and Francesco Petrini on drums. Much of the music was composed and some of it didn’t seem to come together, no doubt owing in large part to technical problems. But the guitarist played a couple of very effective solo intros to tunes and the band really got in sync for his original blues tune “Mister D. Q.,” dedicated to Don Quixote. Next the clarinetist Moura Negri took the stage with his quartet. I was very impressed with Negri’s strong, full sound from top to bottom, and also enjoyed some of the compositions as well as Negri’s engaging stage manner. All of these positives helped offset the continued feeling that neither performers or public were hearing an accurate representation of what was being played.

Several of us decided to take a short drive to see Friday’s concert at nearby Colle Di Val D’Elsa, an absolutely gorgeous town in a country where such things are taken for granted. Though known as a vibist, Karl Berger played his set on the piano except for a few solos with a hand-held harmonium. He performed in duo with vocalist Ingrid Sestro, and bassist Piero Leveratto assisted ably on several numbers. Readers who know Berger from his early free-jazz associations might have been surprised by the music on this occasion, which included tunes like “Oleo,” the song “Art Deco,” cowritten by Sestro and Don Cherry, and even “It’s a Wonderful World.” The approach was as straightforward as can be imaged, with no one ever calling attention to themselves, each simply going about the business of making music without any wasted motion or notes, Sersto relying on her warm and winning vocal quality and Berger on his ability to spin out engaging melodic lines, seemingly ad infinitum.

The last act I caught was the quintet led by pianist Visibelli Cappelletti featuring trumpeter Ralph Alessi, a most impressive New York resident who has been heard in recent times with Fred Hersch and Steve Coleman, among others. Saxophonist Visibelli was also on hand, this time playing tenor as well as soprano and showing considerable promise, especially on the bigger horn. The high point of the set was the blues, “Bleyiana,” though Alessi certainly made an impression when he stretched out.