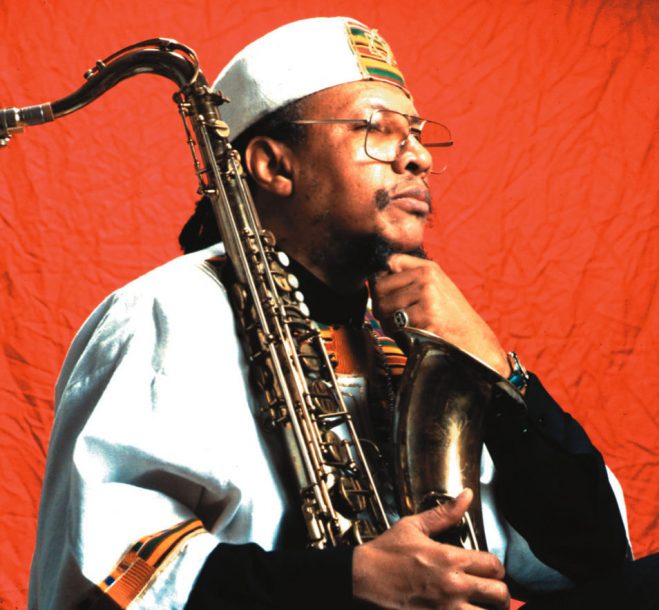 The reawakening of a country’s soul is a splendid thing to witness, especially when it’s a place as beautiful and intriguing as Panama. Ever since the fall of fomer dictator Manuel Noriega in 1989 and then, in 1999, gaining full control of the Panama Canal, the country’s been boosting its tourism efforts to attract visitors seeking cultural and eco adventures.

Playing a huge role in Panama’s renaissance is the annual Panama Jazz Festival. “I have high hopes that the Panama Jazz Festival becomes a major gift from our heart to world,” said Mayor Juan Carlos Navarro at the event’s press conference. Pianist/composer and festival founder Danilo Perez, who serves both as Panama’s cultural ambassador and the festival’s artistic director, added: “It’s a historical event, because the government is making sure that it happens.”

Bolstered by local government support, the three-day event (January 20-22), held in Panama City, is still in its infancy, not yet showcasing an extravagant lineup like other more well-established international festivals. But what it lacks in size it more than makes up for heartfelt performances and cultural interactions. Watching this festival evolve will be as fascinating as observing the musical career of its founder, whose discs charted a steady crescendo from his eponymous 1993 debut as a promising pianist to now being one of the most distinguishable jazz voices of his generation.

Rounding out the scheduled performances were late night jam sessions at the Take Five nightclub (also in Casco Viejo) and at the Sparkles Bar in the festival’s official hotel, the Miramar Intercontinental, as well as daytime music clinics at the Universidad de Panama, resulting in citywide awareness and enthusiasm for jazz.

While many music students received on-hands seminars from the artists, some of the most captivating cultural exchanges took place on stage. Despite some cheeky moments, Siegel dazzled as she cherry-picked a handful of American show tunes, briefly transforming the Teatro Anayansi into a posh New York supper club. Her renditions of tunes such as “Too Darn Hot,” “Change Partners” and “It Never Was You” came too close to cabaret, but when she engaged her considerable vocalese skills with the hyperkinetic drumming of Steve Haas, the imaginative piano accompaniment of Alan Pasqua and the surging bass of Darek Oles, she conveyed the improvisational essence of jazz.

In contrast, Hunter’s alternatively greasy and gritty trio sets gave the Panamanians a good taste of modern soul-jazz, while subversively making pointed nods at Thelonious Monk through his whimsical melodic designs. The guitar wizard’s musicality has grown considerably over the last decade. He relied less of boogaloo grooves, opting for more expressive textures and subtle nuances. The spellbinding accord he forged with saxophonist John Ellis and drummer Derrek Phillips created an intoxicating, unified, flexible sound as he played much from his recent trio disc, Friends Seen & Unseen, referencing a bevy of styles, ranging from shuffling New Orleans R&B (“Lulu’s Craw”) to Hendrixian guitar onslaughts (“Running in Fear of Imaginary Assailants”).

Even when the American jazz offerings weren’t as easily digestible as Hunter and Siegel’s, the Panamanians exhibited an insatiable thirst for modern jazz. Such were the cases in Perez and Lovano’s individual sets. Neither bandleader pandered to the audience by delving into standard fare. Instead, they delivered invigorating sets as if they were playing at a Knitting Factory-sponsored event.

Just as important as it was for Panama to have extremely gifted American jazz artists perform, it was significant for it to see homegrown talent on stage as well. The country may not have established itself yet as a hotbed of Afro-Latin jazz talent like Cuba or Puerto Rico, but judging from the absorbing performances by the Bannaba Project, the Panama Jazz Project and pianist Dino Nugent, new musical discoveries await the jazz scene at large.

The Bannaba Project proved to be both sonic and visually stimulating as they showcased Haitzy Preston’s mesmerizing dancing and poetic incantations. Infusing folkloric Kuna Indian music and instrumentation with a breezy, early ’80s electric jazz sound that managed to not veer too close to world beat smooth jazz, the Bannaba Project’s danceable rhythms and haunting melodies provided an ideal starting point for the festival’s outdoor portion to get underway. More forceful was the sizzling set of the Panama Jazz Project, whose enthralling blend of boppish horn improvisations and plugged in Afro-Cuban rhythms incited roaring applauses throughout Plaza de Catedral.

Perhaps the most charming moment, involving the Panamanians performing was when Perez invited noted educator and master percussionist Ricaurte Villarreal and one his prized students, eight-year-old Milagros Guerra, as they pounded rudimentary rhythms on the tambor. Understandably, Guerra didn’t demonstrate nearly the virtuosic agility of her mentor, but she nevertheless showed tremendous focus and acumen well beyond her tender years.

The festival paid homage to the memory of pianist Victor Boa, a local legend, credited for inventing “tambo jazz.” Scheduled to perform at the festival, Boa died at age 79, just weeks before the event. Had he lived to perform, Boa’s exposure to a greater audience could have resulting into something as revelatory as American discovery of Cuban piano legend Ruben Gonzalez.

Still, Boa’s legacy loomed large as trumpeter Vitin Paz and saxophonist and Panamanian expatriate Carlos Garnett paid tributes, respectively with two vastly different renditions of “Over the Rainbow.” The first being a rather plaintive declaration of the wistful melody, while the other being a simmering display of saxophone virtuosity. Perhaps less mawkish and more persuasive were Nugent’s modernize rendition of Boa’s composition “Infiltration.”

With great expectations from both the organizers and the city for the next, hopefully bigger festival, jazz has once again proved itself to be an ideal rejuvenator of the soul.