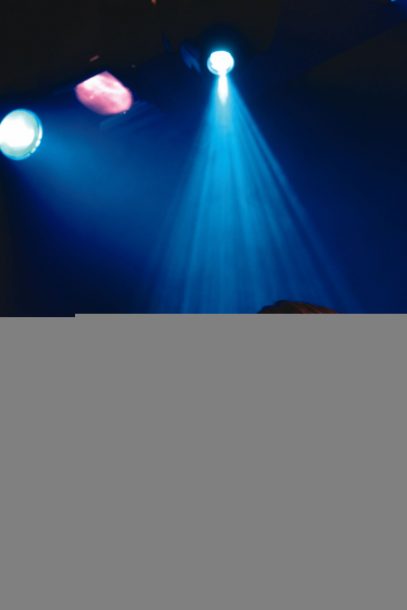 There’s a nice tension that occurs at the Oslo Jazz Festival. The heart of the six-day celebration has been and always will be New Orleans-style jazz and bebop. It fills the jam sessions at the Grand Hotel in the evenings and energizes the crowds at Stortorvets Gjæstgiveri, which has more than a whiff of Preservation Hall zaniness. But the breath of life for the festival comes from the homegrown experimental musicians who have gradually crept into the bookings over the last 10 years.

But someone like vocalist Solveig Slettahjell and her Slow Motion Quintet are a perfect middle ground between, say, the dance-club-infused sounds of Bugge Wesseltoft’s New Conception of Jazz and the super-trad Big Chief Jazzband. That’s not to say that Slettahjell and Co. sound anything like Wesseltoft or Big Chief, but the band’s music appeals equally to experimental hounds and songbook fundamentalists by cannily combining standards with forward-thinking arrangements.

As the name states, the Slow Motion Quintet plays everything at a snail’s pace. The band consists of pianist Morten Qvenild, trumpeter Sjur Miljeteig, bassist Mats Eilertsen and drummer Per Oddvar Johansen — all but Eilertsen also dabble with electronics — and all are leading lights of Norway’s modern-jazz scene. But the crowd at the Scene West Victoria club on August 16 looked like anything but modernists. These folks were much more likely to go see the Charlie Parker Legacy Band later in the evening and not the electro-noise improv of Supersilent. But Slettahjell’s voice is so strong — a husky, sexy coo that projects deep into a room and right into your spine — and her dedication to melody so rich, that even when her band takes the music out a bit, there’s always a tonal center to hang on to. And because the Slow Motion Quintet always plays quietly, their moments of experimentation sound more like gentle fussing rather than extreme blasting.

While Slettahjell branches out to cover people like John Hiatt (a stunningly bare “Have a Little Faith in Me”), Tom Waits (“Take It With Me”) and the original works of Norwegian songwriter Peder Kjellsby, she interprets numerous standards on her CDs and in concert-another draw for the older audience. “When You Wish Upon a Star,” “Don’t Explain” and “My Heart Belongs to Daddy” are all part of her repertoire, and the quintet’s extreme restraint reclaims them from the clammy clutches of overemotive jazz singers who are the norm for standards. Slettahjell and her band interpret these tunes with an artistry that is truly unique; a record company in America should snap up this group right now.

On the same night I saw Slettahjell, I later saw Supersilent, a four-piece improv-noisetronica band that has jazz chops and an extremist’s heart. But that radicalism means dead silence as much as it does ear-shattering chaos — though it was the latter that made my equilibrium go all wobbly about midway through the show. Combing the talents of trumpeter-vocalist-drummer Arve Henriksen (one of Norway’s most original musicians, period), drummer Jarle Vespestad (who spends his time outside of Supersilent in the supremely quiet Tord Gustavsen trio and the Eastern European jazz-folk band Farmer’s Market), keyboardist Stale Storlokken (who has played with Henriksen and Vespestad since the early 1990s in a great group called Veslefrekk) and Helge Sten (aka ambient and noise producer Deathprod) on electronics. Like all Supersilent concerts and recordings, the music performed at the packed John Dee rock club was totally improvised. Over two hours the quartet shifted between blasts of extended clatter and delicate sounds so ethereal and beautiful that they could be played during a meditation session. A truly visceral experience.

Wibutee is the finest group going that combines jazz and electronics, and the band’s show at Bla on August 19 was its debut as a quintet. The group added a full-time guitarist to go along with the reeds, bass, electronics and percussion. Saxophonist Hakon Kornstad switched between tenor sax, a flute rigged with a saxophone mouthpiece and a small table of electronics, and he and fellow coleader Welte Holte drove the group’s quirky electro-jazz-funk tunes into harder-edged directions than those heard on Wibutee CDs. Most of the songs came from Wibutee’s 2004 fantastic Playmachine album (only available on iTunes in the U.S.), but hearing these smartly constructed, improv-friendly avant-dance jams performed by the tight quintet felt like a first-time rush.

I was able to catch saxophonist and ECM artist Trygve Seim, though his August 17 show was separate from the Oslo Jazz Festival. Seim and the Cikada String Quartet with special guest Arve Henriksen played before an international crowd of librarians, who were in town for a convention, at the rooftop club Stratos, which has a dreamy view of Oslo. The bookworms didn’t quite know what to make of Seim’s combo of delicate experimental jazz and modern-classical music, so they tended to chat throughout the set. Of all people, they should know the meaning of shhhhh — but the wine was flowing, the conference was winding down and the librarians were cutting loose. The highlight of the show occurred when Henriksen grabbed the microphone and intoned in a performance-art style, “Don’t take my books / I love my books!” Three looped-up librarian ladies in the front row laughed it up; they were later seen purchasing Trygve Seim CDs.

Bugge Wesseltoft’s New Conception of Jazz has received most of the international press about Norway’s jazztronica leanings. But after never really liking the group’s CDs, I was curious if the quintet’s live show at John Dee on August 18 would be a little more engaging. The answer? Not really. Wesseltoft and Co. are a lot more fun live, but that’s because the group is pretty much a live house-music band. It’s great to hear deep dance grooves blaring out of a good sound system, but Wesseltoft’s tunes are merely solid, sophisticated versions of 10-year-old club music — and nothing like the jazz sound of tomorrow, which they are so often held up to be.

Because of the relative proximity of all the clubs hosting jazz-festival shows, I was able to run around and catch bits of overlapping shows by various groups. My drive-bys included Peter Brotzmann’s Chicago Tentet full-improv ear-cleaner-outer at a beyond-packed Bla and a manic Farmer’s Market at a couldn’t-see-the-stage-at-all Gamia on August 18; the last show by Norway’s fab Dingobats quintet on August 17 at Herr Nilsen (also a popular after-hours jazz hangout); guitarist Frode Alnæs’ rocked-up jazz quartet with bassist Arild Andersen on August 17 at Smuget; and on August 16 at Rockefeller, the South Afro Brazz band, which combined Norway’s love of brass-band music with the rhythms of South Africa.

There were nightly jam sessions on the top-floor bar of Oslo’s famous Grand Hotel, and while they were led by respected European, expatriate and U.S. swingers like Jesper Thilo, Herb Geller and Scott Robinson, and featured drop-ins by festival musicians and some of Oslo’s finest young players, the music never transcended the staid format: Standards piled up on standards, and while the sounds were all pleasant and swinging, they were all immediately forgettable. At least the well-sauced crowd and the chatty hang were fun. In fact, the best “jam session” moment came on the last night of the festival, when patrons and musicians alike were briefly turned away because of overcrowding and a fire-code warning in the bar. Rather than just go home, noted violinist Ola Kvernberg broke out his fiddle and started playing traditional Norwegian folk music in the holding lobby outside the jazz session. Friends and strangers alike busted out old-school, high-energy Norsk dance steps (lots of kicking and squatting) that charged the waiting room. Welcome to Norway.