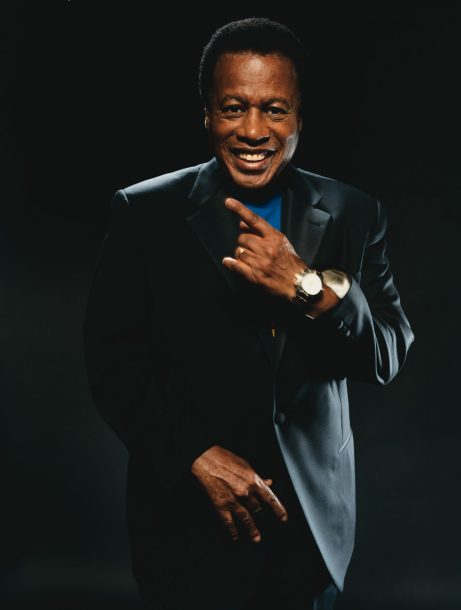 After hearing Chick Corea’s marvelous Touchstone ensemble at Rose Hall on June 16, I felt uneasy as I ambled two blocks south to Carnegie Hall–enemy of drum kits–to hear Wayne Shorter and Dave Holland the following night. Surely the acoustics wouldn’t compare. They didn’t, but they were better than expected, and Brian Blade helped make it so. Shorter’s spellbinding drummer seems to have learned the room, keeping his firepower in check without sacrificing energy. Pianist Danilo Perez and bassist John Patitucci hit their stride as well, although low-end clarity left something to be desired.

Kicking off the double bill with material from its new Verve release, Beyond the Sound Barrier, Shorter’s group imparted a ceaseless flow of ideas, pausing only once for applause. “Zero Gravity” was a symphony in African colors (the song graces the CD as a bonus track, but only in Japan–a practice Verve needs to end). After a scarcely detectable transition came Mendelssohn’s “On Wings Of Song,” then Arthur Penn’s “Smilin’ Through.” Shorter played tenor sax until halfway through the third piece, and when he switched to soprano, his flutelike tone seemed to pierce every heart in the room. Latecomers were finally able to scurry in before the band struck up “Adventures Aboard the Golden Mean,” with Shorter again on tenor, wading gradually into tempo with Perez and Patitucci. Again without a pause came “Joy Ryder” to end the set, with high excitement from Blade.

The Dave Holland Quintet did not benefit by following Shorter. The band richly deserves its continued praise, but next to the transcendent and ethereal Shorter, bassist Holland and crew (trombonist Robin Eubanks, saxophonist Chris Potter, vibist Steve Nelson and drummer Nate Smith) sounded rigid and unsurprising. Granted, Holland’s banter was welcome after Shorter’s monklike silence, and the tunes–“Looking Up,” “Easy Did It,” “Jugglers Parade,” Potter’s “Vicissitudes” and the Nelson-penned ballad “Amator Silenti”–had the DHQ’s characteristic slinky groove and profound, Nelson-driven harmony. But too often, one could sense what was coming next. The drum problem, too, was a factor; Nate Smith didn’t come near the subtlety of Brian Blade, who can make a downbeat sound like judgment day.

Interesting to note that last year, Holland and Shorter played Carnegie Hall together, in a “supergroup” with Blade and Herbie Hancock. (I missed it, but caught the Newport set.) Some have voiced a preference for the supergroup over Shorter’s working quartet, accusing the latter (particularly Danilo Perez) of “noodling.” To me the charge rings false. Shorter’s band is reaching, and continually arriving.