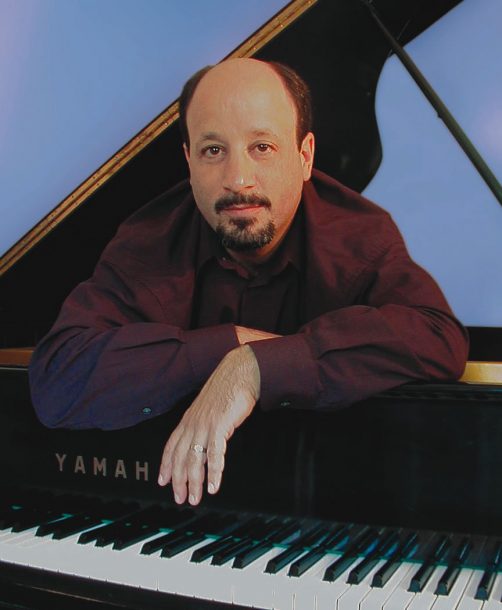 Pianists are intellectuals and know-it-alls. They studied theory, harmony and composition in college. Most are riddled with self-doubt. They are usually bald. They should have big hands, but often don’t…Pianists have a special love-hate relationship with singers.

These are the words of Bill Anschell, a really smart, balding pianist who was singer Nnenna Freelon’s musical director from 1992 to 1996 and whose hands look an average size on the cover of his third CD, When Cooler Heads Prevail (Summit). Anschell’s words aren’t from a therapy session or even this interview; they are part of his “Jazz Jam Session Primer,” a tongue-in-cheek essay he wrote that made its way around the Internet as quickly as a virus in a truncated and renamed version when it was posted anonymously on a variety of sites and list-serves. (You can read the full version on Anschell’s site, www.mindspring.com/~billanschell.)

“Besides writing music, I also enjoy writing words, especially dark-side chronicles of all the strange gigs I play,” says the Atlanta-based Anschell, who also writes seriously about music, as he does in his two books: Jazz In the Concert Setting, published by the Association of Performing Arts Presenters, and Who Can I Turn To?, published by the Southern Arts Federation.

“About 10 years ago, I started self-publishing an annual newsletter, with each issue featuring one gig-related story. My “Jazz Jam Session Primer,” which I wrote a couple of years ago, presented some of the universal truths from sessions across the country. One part gave an overblown stereotype of each instrument-the swaggering trumpet player doing his loud/high thing, the recovering rock guitarist with his amp on 11, the actress-turned-vocalist with her stagy posturing, all of that.

“Someone, somewhere, excerpted that part, renamed it ‘How Jazz Works,’ removed my byline, and started sending it around. It took on a life of its own, and I must have received at least 15 e-mail copies of it from people across the country-none of whom knew I’d written it. The worst part of it is, some of them had read it in my own newsletter six months earlier. It definitely got around.”

Anschell’s a talented writer and the host of the syndicated program JazzSouth Radio, but it’s his music that should bring him the most lauders. When Cooler Heads Prevail is filled with the sort of intelligent piano-trio jazz that fans of other Bills-Evans, Charlap, Mays-will be interested in hearing, even if Anschell has a more Herbie Hancock-like rhythmic bent than those who share his surname.

The trio functions as a complete unit, even if that trio swaps bassists-Rodney Jordan for Neal Starkey-on four of Cooler Head’s tracks. Rather than just supporting him on swinging autopilot, Anschell’s group moves with him and boosts his sparse, lyrical playing with contrapuntal and rhythmic interplay. The interplay is especially captivating on the colorful reworking of “Dear Old Stockholm,” which features the band flitting between swing-heavy solos and densely rhythmic group passages, and Anschell’s “Undercurrent Event,” which builds on hand percussion and manages to sound neither Afro-Cuban nor African, but modernistic and melodic. Much of the group’s cohesiveness is thanks to drummer Woody Williams, who plays with subtle but unending drive and a vast percussion array: drum kit, batá, bongo, cajon, cowbell, kono, pandero, rattle, shaker and tan-tan.

“I’m fortunate to be good friends with Woody Williams-he’s played on all three of my discs and we toured together with Nnenna Freelon for quite awhile. I think he’s one of the best drummers on the planet, and, as luck would have it, over the last few years he’s gotten seriously into hand percussion,” Anschell says. “We had a couple of rehearsals where I came up with arrangements around some of his original grooves, then everything pretty much fell into place.”

Grooves are important to Anschell’s music, though it would be wrong to call it outright funky; it’s simply rhythmic.

“If I have my own sound yet, it probably has to do with the way I use rhythm, both in my writing and my improvising,” Anschell says. “I studied South Indian rhythmic theory in college, and I’ve always gone out of my way to check out new rhythmic ideas. Something about polyrhythms just gets me: The pull of meter against meter, the sense of hearing and feeling a musical moment in two or more different ways at once.

“When I listen to the piano greats I try to identify the largest concepts that make them sound the way they do,” Anschell says, always a student. “Like their rhythmic approaches, harmonic systems or even their general sense of time. I spend most of my practice time exploring those types of ideas and finding ways to incorporate them into my personal approach.”

Or at least into his next essay.