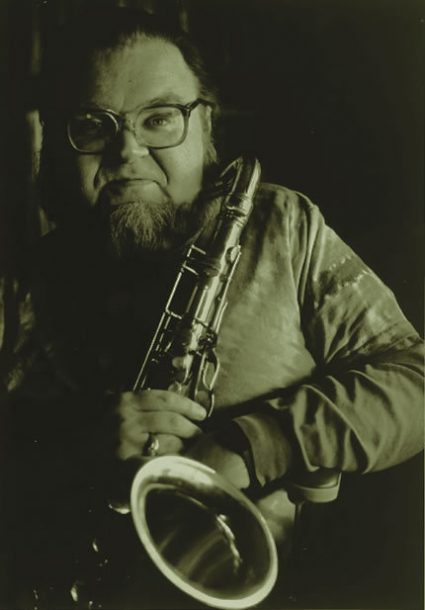 Bert Wilson, at 57, is finally getting some of the recognition he deserves. Endless Fingers (Arabesque), his latest CD with his band, Rebirth, shows him to be a major contemporary figure of the tenor saxophone. Why has it taken so long for Wilson to be noticed? He has been in a wheelchair since childhood; housebound, on several occasions, for years at a time.

In spite of this hardship or perhaps because of it, Wilson is a pure jazz player. His roots are in the Chicago tenors, especially Johnny Griffin. He first heard Charlie Parker in Chicago, where an older boy who shared the same hospital room introduced him to Bird’s “Just Friends.” From his first steps, before polio struck at age four, he was taught to dance by his grandfather, “an old vaudevillian.” From four to eight he spent just “trying to figure out how to use my body again.” From eight to 13 he studied piano and music theory on his own, passing the long, clinical hours. At 13 he was strong enough to play the clarinet, at 18, the tenor sax.

He studied extensively with Sonny Simmons and legendary drummer Smiley Winters in California. In 1966, he jammed with Coltrane in Los Angeles. “He was playin’ the blues,” Wilson recounts. “We played ‘Blue Train’ for about an hour and a half.” Since 1979, he has lived a life of love and music in Olympia, Washington, with his girlfriend, flutist Nancy Curtis. Music, he figures, saved his life: “It just reached down and said, ‘Here, man. Live a while.'”