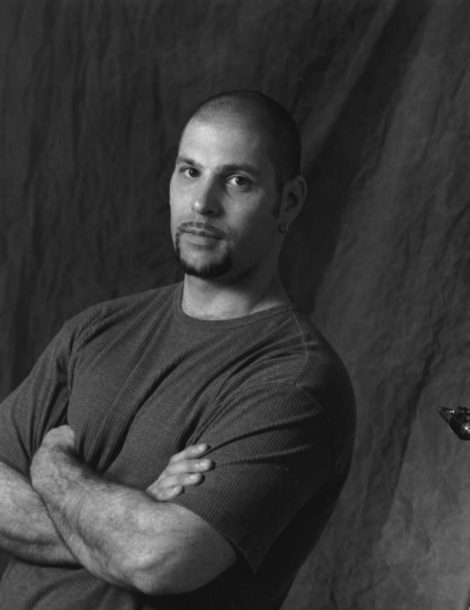 Just a few blocks from Independence Hall and the Liberty Bell, Ben Schachter’s Trio of Many is working on a new style of freedom and democracy. For four years the trio has been workshopping on Monday nights at St. Jack’s in Philadelphia’s Old City district.

For those past four years Schachter’s band has remained unchanged, with bassist Micah Jones and drummer Erik Johnson as the tenor saxophonist’s collaborators. A music professor at Temple University, a Pew Fellowship grant winner and self-professed “Coltrane head,” Schachter is the type of musician who likes to give room for the band members to improvise out of his melodic compositions. The group’s long run together has resulted in an incredibly intimate band that speaks intuitively to one another, which is quite evident on the trio’s new CD, Inside, Looking Out, which follows their self-titled 2000 debut.

“I really enjoy having a band instead of a gig and seeing who can make it that night,” Schachter says. “I think it takes a commitment from a handful of people for a relatively long period of time for anything new to be discovered.”

Having a set and like-minded rhythm section has allowed Schachter to focus on his own compositions and grow as an improviser.

“I love to play standards, I came out of all that, but if you get stuck in the rut of just going to the gig and whatever rhythm section is there,” Schachter says. “The music is going to stagnate. There is going to be no opportunity for things to evolve.”

Released simultaneously with the new Trio of Many CD is perhaps Schachter’s best offering, The Missing Beloved, a sextet session featuring his trio plus trumpeter Tim Hagans, saxophonist Gary Bartz and guitarist Jef Lee Johnson. The clean, crisp sound of the album really highlights Schachter’s ability to compose and arrange.

Even though he is a proud label proprietor, Schachter would fold his label for the opportunity to record for a bigger label. “I’ve never gone so far as to formulate a business plan for the record label, because that’s not what I’m interested in,” Schachter says. “I’m interested in creating and performing music.”