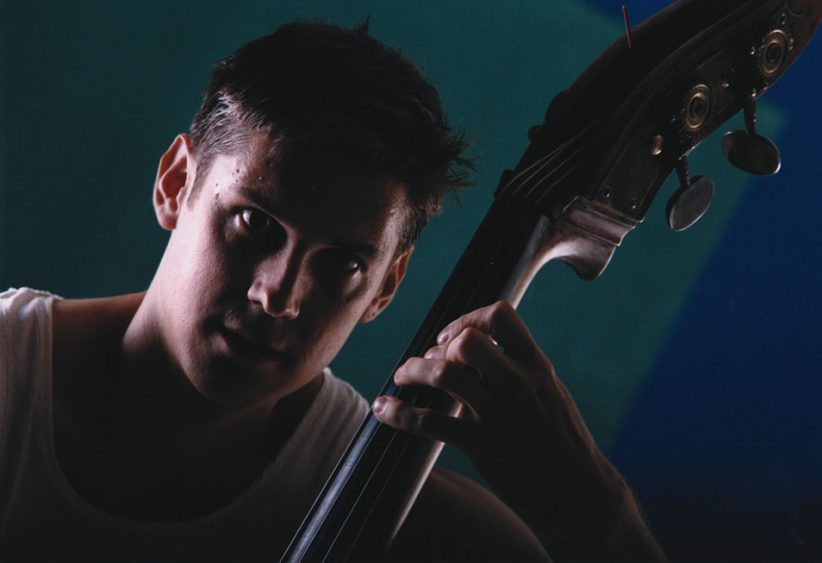 Ben Allison is a bassist, composer and Artistic Director of the New York based Jazz Composers Collective, a musician-run, non-profit organization dedicated to presenting new music. He describes his new release on Palmetto Records, Medicine Wheel, as “a spinning, buzzing, whirring musical wheel.

“One of the ideas behind Medicine Wheel,” he explains, “was to write music that has musicians use extended techniques like multiphonics and prepared instruments. We prepared the piano with pennies and fishing line, and on one tune I wove paper through the strings of the bass to approximate a buzzing box drum. I took sounds people often associate with 20th century classical music or avant garde jazz, and put it into a context that was more accessible melodically and rhythmically, something that was infectious. I’m always trying to blend, to strike the balance between what appeals to your heart and what appeals to your head. As Jeff Ballard, the drummer on the recording says, it’s music that makes you stomp your feet and scratch your head.”

Allison has written over 100 works for ensembles of varying size and instrumentation. For Medicine Wheel, a suite he wrote on commission, “I started with a certain timbre in mind, plucked piano and plunger trumpet, or the sound of playing the bass on the other side of the bridge. Once I had the texture I wanted, the actual harmonies and melodies would suggest themselves to my ear. It was a new approach and an opportunity to change up my writing style and go for something a little different.”

But in addition to a busy composing and performing schedule, Allison is an activist as well. Since its inception in 1992, the Jazz Composers Collective has premiered over 250 compositions and featured over 100 musicians and composers. “We feel the need in New York for a forum where we can be creative outside the bounds of the music industry and free from the distractions of noisy clubs.