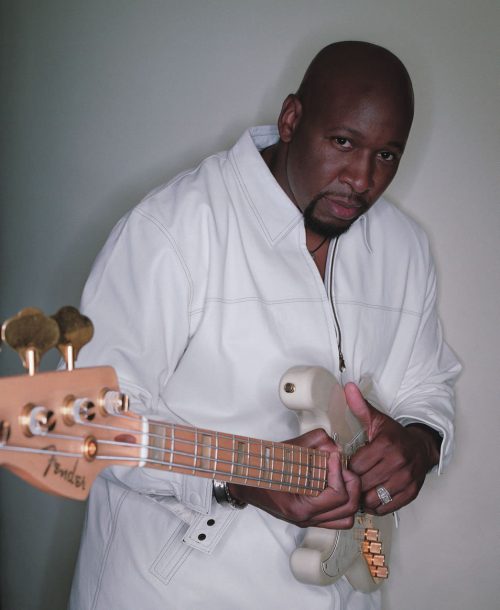 Wayman Tisdale, a former NBA power forward who enjoyed a second career as a popular smooth-jazz bassist, died this morning at a medical facility in Tulsa, Okla. Tisdale had been battling bone cancer since 2007; in August of 2008 his right leg was amputated. He was 44.

Born in Tulsa on June 9, 1964, Tisdale was recruited by the University of Oklahoma, where he became a three-time All-American and set records for scoring that stand today. He played on the U.S. Olympic team, earning a gold medal in the 1984 summer games. The following year he was drafted by the Indiana Pacers, going on to play 12 seasons in the NBA for the Pacers, Sacramento Kings and Phoenix Suns.

As a musician Tisdale developed playing gospel in his father’s church in Oklahoma. He eventually released his smooth-jazz debut in 1995, Power Forward, two years before his retirement from the NBA. A series of Billboard chart-topping albums for Motown, Atlantic and Rendezvous followed, many with basketball-related puns for titles, and all showcasing Tisdale’s guitarlike fluidity on electric bass, penchant for strong melodies, and surprising emotional range. As critic Brian Soergel noted in JazzTimes, “Wayman Tisdale has an image as a fun-loving guy with upbeat songs, but truth be told, Tisdale leans toward mellow and introspective tunes that possess a remarkable jazz sensibility.” Many of his recordings are staples of smooth-jazz radio, including his very funky 2006 remake of Kool & the Gang’s “Get Down on It.”

Tisdale is survived by his wife, Regina, four children and a granddaughter.