Skip to content
Become a member and get exclusive access to articles, live sessions and more!
Start Your Free Trial
Home > JT Archives > Back to the Roots: Exploring African Jazz 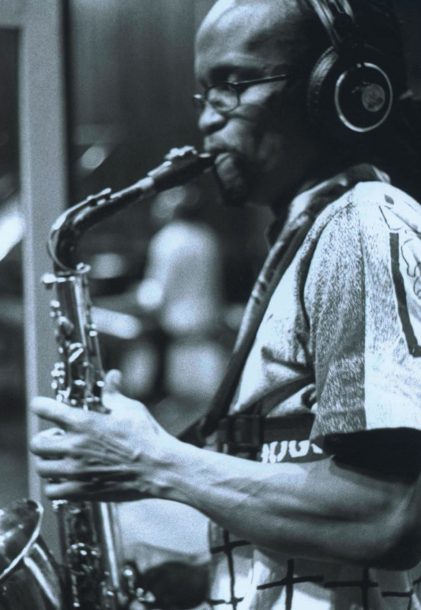 After a visit to South Africa in 1998, Heads Up label president Dave Love fell in love with the country’s people and culture. And he dug the music. “There is such as amazing variety of talent, but they are little-known outside their own country,” he says. “I felt the artists deserved to put on the world stage.”

Love has helped do that with his “Heads Up Africa” series, whose first two CDs focused on the NAC side of jazz: Smooth Africa and Smooth Africa II: Exploring the Soul. Last year the label signed well-known South Africa band Ladysmith Black Mambazo, and its new CD is Raise Your Spirit Higher (Wenyukela). The series also includes American steel-pan artist Andy Narell’s Live in South Africa, and Heads Up just released a more mainstream jazz CD in the compilation series, Africa Straight Ahead. Love says, “I wanted to do something in 2004 to coincide with the 10-year marking of the end of apartheid.”

The compilations feature many of South Africa’s leading jazz musicians performing original songs as well as Heads Up artists from the U.S., such as Narell and pianist Joe McBride, who are popular in South Africa. “When Narell gets off the plane, his fan club welcomes him,” Love says. It was McBride who provided Love with the initial inspiration to debut Smooth Africa. McBride, the first American to perform at the annual Jazzathon in Johannesburg, found popularity in the country thanks to his single “Sunny.” “Many people there were extremely interested in the music we released,” Love says. “We’re fortunate that stations there play our music.”

After his initial trip, Love returned to South Africa for the Arts Alive festival in Johannesburg, where Narell was performing. They went into studios there and in Cape Town along with New York percussionist Roland Guerrero and many South African musicians. Love’s partnership with South African music distribution company Sheer Sound, home to many of the country’s jazz artists and distributor of Heads Up and its parent label Telarc, enabled him to recruit musicians for the first edition of Smooth Africa. That CD put the spotlight on musicians such as guitarists Errol Dyers, Louis Mhlanga, Allou April and Jimmy Dludlu, saxophonist McCoy Mrubata, bassist Sipho Gumede, pianist Paul Hanmer and percussionist Basi Mahlasela. Solo turns by McBride and South African-born worldwide stars Jonathan Butler and Hugh Masekela were added in the U.S. Mrubata and Gumede, both members of the Sheer All-Stars, contribute to the new Africa Straight Ahead as well. “I like big horn sections, but it’s mostly African jazz,” says Mrubata, who is part of the Xhosa tribe near Cape Town.

Mrubata describes African jazz as having many influences-mostly Western but also from Brazil, Jamaica and Mozambique-but with its own strong, rhythmic beats. “We feel comfortable with American artists when they come to town because we’re familiar with their music,” he says. Mrubata has toured with Hugh Masekela, and in 1993 he formed McCoy and Friends, which includes Hanmer, also featured on Africa Straight Ahead. Gumede worked on some of the material for the inaugural Smooth Africa and quickly built a relationship with Love. McBride also played during Gumede’s shows in South Africa.

Love has now visited South Africa 11 times. “These artists need to be heard,” he says. “They’re hip, able to improvise and have their own voice. It’s music you won’t hear anywhere else on Earth, but it’s jazz as its best.”

“Our music is not a new sound, but it may be new to many,” says Gumede, whose inspiration is bassist Stanley Clarke. “It’s got rhythm, it’s got melody. It’s jazz.”