Skip to content
Become a member and get exclusive access to articles, live sessions and more!
Start Your Free Trial
Home > JT Archives > B.B. King: There Is Always One More Time by David McGee 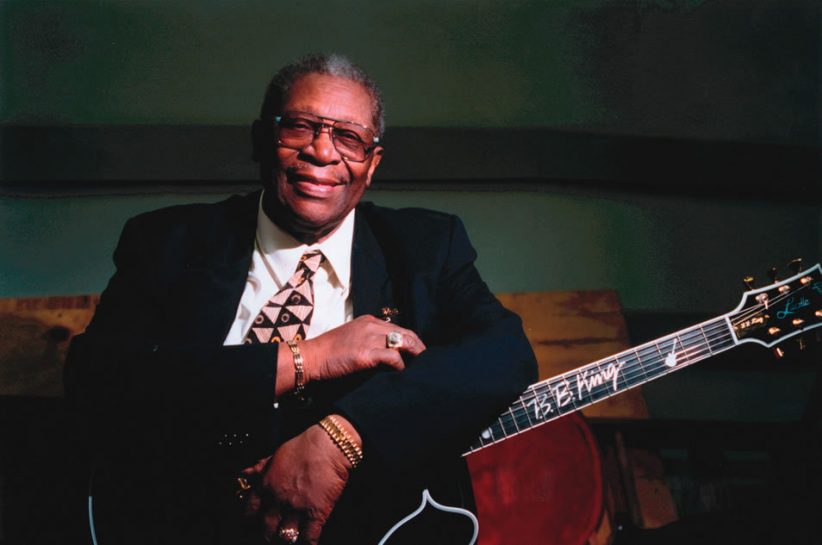 Two separate books were published simultaneously on September 16, 2005, to coincide with B.B. King’s 80th birthday. As it turns out, they complement rather than compete with each other.

David McGee’s intelligent, insightful portrait of the legendary King of the Blues is unlike a traditional biography in that it focuses primarily on the music, dissecting each album from the late-’50s Crown recordings through King’s breakthrough recordings with ABC during the ’60s, his pop crossover successes of the ’70s and successful collaborations of the ’80s with MCA, right up to more recent concept albums like 1999’s Louis Jordan tribute, Let The Good Times Roll. While McGee clearly reveres his subject, he is astutely critical throughout, pulling no punches in pointing out some obvious clinkers in King’s massive discography (like his “misguided” collaboration with Mick Fleetwood and Stevie Nicks on 1989’s King of the Blues or the guitarist’s unfortunate use of wah-wah throughout 1973’s the Sound of Philadelphia-inspired studio project, To Know You Is to Love You). Collectors and connoisseurs will be delighted by the studious track-by-track breakdown along with all the insider shoptalk about recording techniques (right down to the details of microphone placement and recording consoles). Some fascinating behind-the-scenes anecdotes are also provided in a series of Q&A interviews the author conducts with key producers like Bill Szymczyk–who presided over 1969’s brilliant Live & Well and its studio follow-up, Completely Well, which yielded the mega-hit single “The Thrill Is Gone”–and Stewart Levine–who brought King together with the Crusaders for 1978’s Midnight Believer and 1979’s Take It Home.

Roughly 20 percent of McGee’s book deals with the background of the great bluesman. In those first 60 pages we learn of the overpowering influence that guitar greats like Blind Lemon Jefferson, Lonnie Johnson, T-Bone Walker, Charlie Christian and Django Reinhardt had on King in his formative years. We also get an insight into King’s rough childhood–his mother died when he was 10, he subsequently toiled in the cotton and corn fields of Mississippi, where he had youthful encounters with public lynchings and endured the tragedy of his first teenage love being killed in a car accident. We also learn how he always hid his pain–first through hard work, later through his music–and how in later years he sought healing solace in his beloved six-stringed Lucille. Above all, we come to understand that the blues, for King, was about survival.

The B.B. King Treasures, though far less philosophical, sociological or critical in its approach, is a visual treat brimming with 75 stunning full-color and black-and-white photos and gig posters along with 12 removable facsimile reproductions of personal mementos from King’s archives: from a 1940 sharecropping account record for tenant Riley B. King to a 1951 Christmas card from Memphis radio station WDIA–where the guitarist worked as an on-air DJ before getting his big break in the music business–to booking sheets, concert tickets and backstage passes. Also included is a 60-minute CD that includes unreleased interviews with King interspersed with a few rare recordings.

While this biography reads more like a traditional all-American success story, the eye-popping trinkets included in Treasures are undeniably attractive to hardcore blues fans and pedestrians alike.