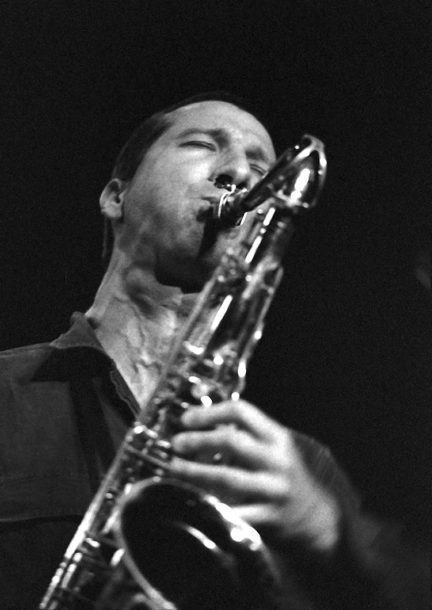 Between his long improvisations, running the Hopscotch record label and playing in many projects, it’s amazing that tenor saxophonist Assif Tsahar gets a chance to catch a breath. “I’m overreaching” Tsahar says, “but it’s not easy for me to slow down.”

A stalwart of New York City improv scene, the Tel Aviv-born Tsahar has had an extraordinary past year, releasing four CDs for his label, from the solo sax record Ayn Le-Any to the trio session Ma to Embracing the Void by his improv-heavy big band the Zoanthropic Orchestra to the debut of his string-heavy, saxophone-free ensemble New York Underground Orchestra on The Labyrinth (for which he composes but does not perform). Tsahar’s Hopscotch discs are very personal events, as he not only is responsible for the music but also the liner notes, artwork and packaging design. “It’s very satisfying. The [label] reflects me, and it’s worth the effort,” Tsahar says. “It’s part of the history and sociology of this music. More people should be doing it.”

Although his large groups show Tsahar’s capriciousness and creativity, the best place to experience his playing is through his small-group interactions. He works frequently with Mat Maneri, Jim Black, Cooper-Moore, Hugh Ragin and Chris Jonas, among others. One of Tsahar’s most intimate collaborations came to a tragic end recently with the passing of German bassist Peter Kowald. The two displayed a telepathic connection and had played together as a duo, as a trio (with drummers Hamid Drake and Sunny Murray) and as a quartet (with trumpeter Hugh Ragin and Drake, on the spectacular Open Systems album released in 2002 by the French label Marge). As a tribute to Kowald, Hopscotch issued Ma, a live concert CD of Tsahar, Kowald and Murray performing in Barcelona in July 2002.

Throughout his early career, Tsahar’s most frequent collaborator was his then-wife, drummer Susie Ibarra. During the couple’s seven-year marriage, Tsahar and Ibarra performed in multitudinous settings. “We really grew up together musically,” Tsahar says of his ex-wife. After their 2000 separation, Tsahar started working with some of the improv scene’s best percussionists-like Drake, Murray, Günter “Baby” Sommer and Rashied Ali-and he’s not dwelling on the music and life he had with Ibarra. “Old love-you always have something for it, in music and in romance,” Tsahar says, “but creativity is never in looking back.”