Skip to content
Become a member and get exclusive access to articles, live sessions and more!
Start Your Free Trial
Home > JT Archives > Art Ensemble of Chicago: Don’t Call It a Comeback 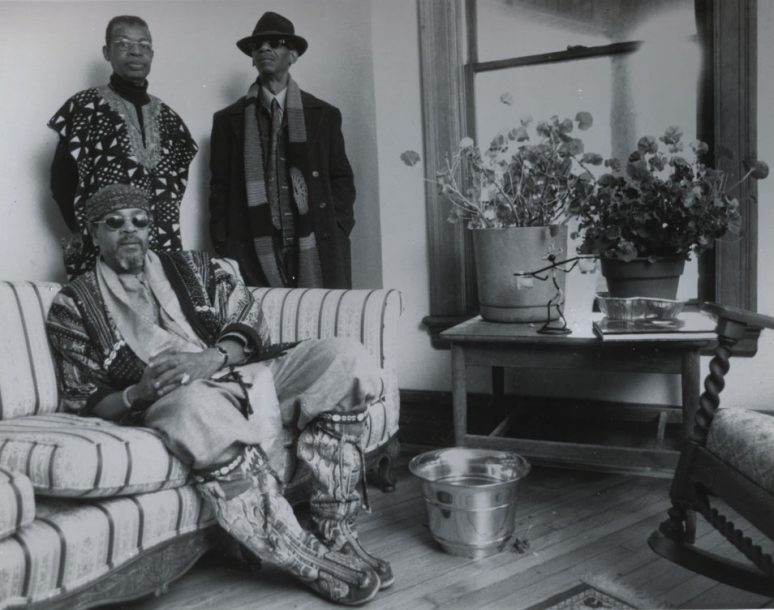 Two new CDs from the Art Ensemble of Chicago-Tribute to Lester (ECM) and The Meeting (Pi)-can be viewed, thematically, as two sides of the same coin. The former, recorded two years ago, is a rousing, decidedly unweepy tribute to trumpeter, composer and founding member Lester Bowie, who passed away in 1999; the latter, recorded earlier this year, signals the return of saxophonist and composer Joseph Jarman, who left the group 10 years ago to devote his entire energies to his Buddhist priesthood and the Brooklyn Buddhist Association.

Some ensembles fare better than others when surviving the departure or death of a member. As for Bowie, his trademark scientist lab coat and scholarly eyewear, along with his patented trumpet vocabulary of whimsical smears and sputters, played such an integral part in Art Ensemble of Chicago’s unique sound and image that his passing had the same effect as, say, when the R&B trio TLC lost Lisa “Left-Eye” Lopes. Bowie’s physical absence is mournfully noticeable. But like TLC, the Art Ensemble of Chicago was wise not to attempt to replace such an inimitable force. “We’ve always been a group that never went out looking for anybody,” says saxophonist-composer Roscoe Mitchell. “If you go way back to the ’60s, we had the old quartet with [drummer] Phillip Wilson. When he left the group to join Paul Butterfield, we played without a drummer for a long time, which helped spearhead us into the small percussion instruments. It’s the same with Lester.”

The same can be said about when Jarman left the group in 1993. Instead of looking for another woodwind player with the same expansive musicality and sensibilities, the Art Ensemble of Chicago (AEC) just adjusted accordingly, without sacrificing their distinctive humor and musicality. Coming back into the fold, though, proved somewhat challenging for Jarman, who originally stopped playing altogether when he left the group. “Since I haven’t been playing for so long, it was very difficult for me to stay up on the level of those guys,” Jarman laughs. “But it’s working out. The big emphasis for me is my compositional aspects. After I stopped playing in 1993, I was invited to perform for [the Association for the Advancement of Creative Musicians] and to write a piece for small chamber orchestra. Then, it occurred to me that I could write music about Buddhism. That’s been my musical focus, ever since, so that the Dharma may be spread through the elements of the sound.”

Both discs are revelations of the AEC’s musical tenacity and vitality. The Meeting opens with Jarman’s meditative yet danceable “Hail We Now Sing Joy,” which features robust sax work from Jarman and Mitchell as well as an easy swing feel from drummer Famoudou Don Moye and bassist Malachi Favors Moghostut. On Mitchell’s bouncy “Tech Ritter and the Megabytes,” the group shows its flair for hip-hop and funk rhythms, while the “Suite for Lester” (on Tribute to Lester), illustrates the AEC’s knack for European classical concertos. Of course, no AEC album would be complete without haunting, meticulously choreographed abstractions, built around miniature percussion instruments, whistles and flutes. “The music has reached a very high level of maturity. If you look back to the ’60s, you still got a lot of the original guys playing this music,” Mitchell says about the AEC and other free-jazz musicians.

Even though Bowie is surely missed, Jarman’s reentry gives ample proof that the AEC is still a force. “Every time we play the group’s theme I miss Lester’s voice, but his energy is still there,” Jarman reflects. “He visits me in dreams, quite often. Universal and spiritual energy are with us constantly.”