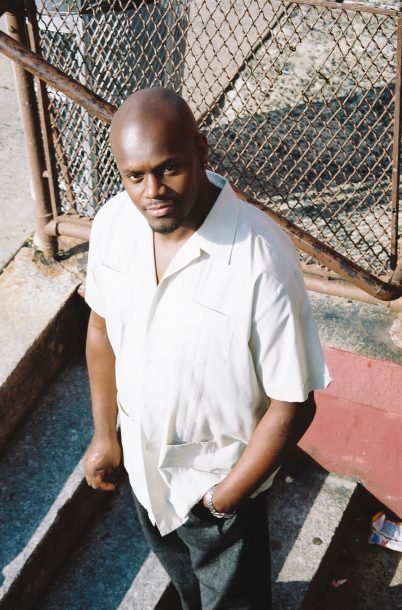 Anthony Tidd of Quite Sane 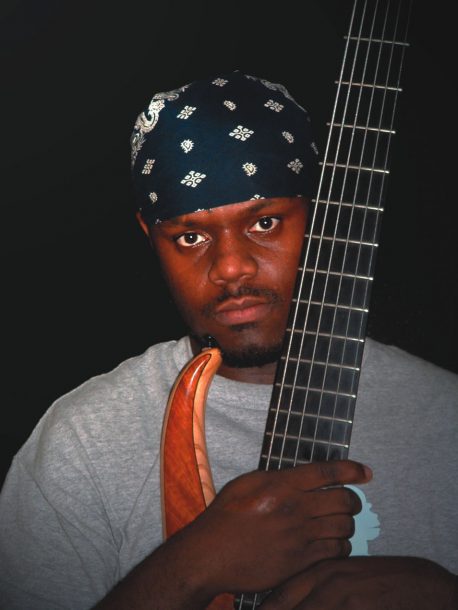 M-BASE-style music isn’t nearly as fragmented or difficult to listen to today as when it burst onto the scene 20 years ago. Modern jazz, hip-hop and experimental electronica have since adopted elements of M-BASE’s distinctive interlocking polyrhythms and tricky time signatures. Case in point: The Child of Troubled Times: Short Stories (Coolhunter), the splendid debut CD from Quite Sane, led by bassist, composer and producer Anthony Tidd. With its sublime mélange of rap, jazz and R&B, the CD sounds like the combined brainchild of M-BASE, experimental R&Bers the Soulquarians (who have produced Bilal and Talib Kweli) and British broken-beat producers I.G. Culture.

The Child of Troubled Times would probably fare better, commercially, if it was in the hip-hop, nu-soul or broken beats record bins rather than the jazz one, even though Tidd’s liquid bass lines and the modern bop phrases and harmonies from pianist Robert Mitchell and saxophonists Aaron Stewart, Miguel Zenon and Dennis Baptiste reflect a deep jazz understanding. But the intricately funky rhythms from drummer Sean Rickman, the soulful vocals from Eska Mtungwazi and Marcina Arnold and rappers Sebela and Mpho Skeef-who unravel narratives about drug dealing, gun violence and hustling-expand the group’s sound beyond jazz. “For me, jazz is a combination of all the musical elements that are at the musician’s disposal, and it’s coupled with an Afrocentric approach to interpreting those musical elements,” Tidd says. “So, with the whole approach to improvising, coupled with the whole tradition of the griots, you have to reflect and speak on your environment, and what you feel about your interaction with your environment through your music.”

The successful blend of saxophonist Steve Coleman’s M-BASE ideology with pop sensibilities has a lot to do with Tidd’s experiences playing with both the M-BASE collective and hip-hop’s Okayplayer crew (which features the Roots and Jazzyfatnastees). In fact, it was Coleman and the Roots’ producer Richard Nichols who convinced Tidd to move from London to Philadelphia in the early ’90s. Before the Roots blew up, Nichols and Coleman were talent-scouting in London. Tidd attracted their attention after he and his band played with Coleman’s M-BASE buddy Greg Osby.

The son of Trinidadian immigrants, Tidd enrolled at London’s prestigious Newham Academy of Music when he was only five. “There, I got a whole classical background, playing in orchestras and learning how to read music,” he says. “They also taught me music theory.” Tidd stayed there until age 16, when he moved on to Thurrock College and later Goldsmiths University.

Quite Sane first formed during Tidd’s teenage years with guitarist Eric Appapoulay (who’s still a member) and drummer Richard Cassell. “We started out playing James Brown covers and stuff that was popular at the time, like Michael Jackson,” Tidd says. “It wasn’t long before we arrived at fusion music like Chick Corea and the Yellowjackets.” Their turning point came when saxophonist and one-time group member Mervyn Samuels introduced the band to Steve Coleman’s music. “When I first heard Stevie Coleman, I was like, ‘What the hell this guy is doing?’ I couldn’t understand a damn thing that was going on,” Tidd says. “But the thing that convinced me to keep on listening and try to understand was Mervyn. He was at least eight years older than us. I looked up to him, so I said, ‘Well, if this guy thinks [Coleman]’s great, I better spend a little more time to try to understand it.'”

Studying with Coleman didn’t come easy since Tidd wasn’t living in the U.S, so he hooked up with a fellow Brit, saxophonist Steve Williamson, who was incorporating M-BASE philosophy into his own music. On Tidd’s 21st birthday, he met Williamson in a local café, and they talked for three hours with about Coleman’s music. “He introduced me to all these things that I didn’t know about Coleman, like that he was really into Bartók,” he says. “From that point onward, I bought books on Bartók and studied them.”

Tidd has lived in Philadelphia for 10 years now, building a formidable reputation as a first-rate bassist and producer. (He recently produced Zap Mama’s forthcoming CD, Ancestry in Progress.) “The great thing about America is that it has a great ability for developing something to a very high level,” Tidd says. “For instance, jazz developed to a ridiculously high level, as did R&B and gospel. In England, there’s something that I miss, which is that there are lots of new bright ideas. Every week, there’s a new idea in England. Someone’s developing a new kind of music. But in England, the development doesn’t happen. It doesn’t develop to very high level before they move on to the next thing.”

With Quite Sane, Tidd brings out the best of both countries.