Skip to content
Become a member and get exclusive access to articles, live sessions and more!
Start Your Free Trial
Home > JT Archives > Andy Statman: Two Worlds at Once 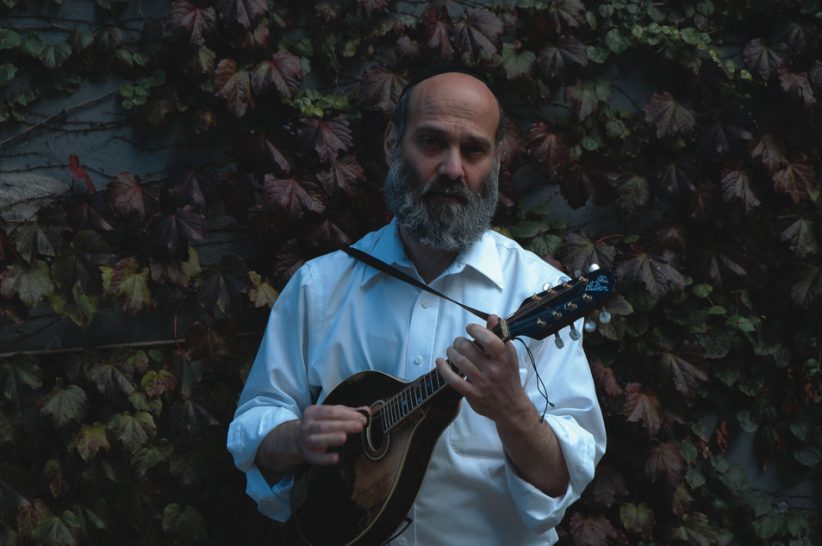 A world-renowned virtuoso on two wildly disparate instruments-mandolin and clarinet-Andy Statman reveals the depth of his staggering musicality on a pair of new releases for his Shefa label. On East Flatbush Blues, Statman showcases his uncanny mandolin picking on highly personal renditions of Bill Monroe staples like “Rawhide” and “Bluegrass Stomp” along with radical interpretations of traditional bluegrass numbers like “Arkansas Traveler,” “Golden Slippers” and “Old Joe Clark.” Elsewhere on this heartfelt examination of American roots music, which comes 26 years after his landmark first mandolin recording (Flatbush Waltz on Rounder), Statman also expresses himself as a composer in this “jazzgrass” idiom on affecting originals like “Roots Waltz,” the sprightly “17,” the Eastern European-flavored “Uman” and the earthy title track.

Both CDs were recorded at the Derech Emunah Synagogue in Greenwich Village, where Statman has been performing on Mondays and Thursdays in a workshop situation. “It’s a place where I can go down and just experiment with music,” explains Statman, who embraced orthodox Judaism several years after he was an established and highly respected American roots musician. “All the stuff I do in concerts comes out of that experience of developing the music there over the last few years. And the people who come there are really there for a journey, and it’s just really informal.”

A bluegrass fanatic from the age of 14, Statman mastered the mandolin by age 17. “I had basically learned every mandolin solo recorded and was prepared to move down to Nashville,” he recalls, “but then I started hearing Joe Venuti and Django Reinhardt and then Bird, Monk and Mingus. But what really grabbed me was when I heard on the radio this record called Albert Ayler Live in Greenwich Village on Impulse! I heard that and said, ‘This is it! This is what I want to do.’ I decided I was going to play saxophone because I felt I could express certain emotions with a wind instrument. And with bluegrass, as great as the instrumental tradition is, the deepest stuff is really in the vocal tradition and I wasn’t really a singer.”

He began studying saxophone with Richard Grando, a figure on the underground “new thing” scene that was brewing on New York’s Lower East Side during the mid-’60s. “Richard learned to play from Sonny Stitt in the early ’50s and was very much into spirituality and Coltrane and Carl Jung,” says Statman. “He was a super-idealistic, uncompromising, visionary type of person. I met him when I was 17 and had just gotten into jazz. He was a very inspiring teacher and we became real close.”

Statman would later forge similarly tight bonds with two other master musicians, klezmer clarinetist Dave Tarras and Epirut clarinetist Pericles Halkias. “I’ve always had these sort of old-world types of relationships with really great teachers, like a master-disciple relationship where I’m at the house all the time and become almost like a member of the family,” he says. “Tarras, who grew up playing gigs with his father’s band in the Ukraine during czarist times, wound up living near me in Southern Brooklyn and I would spend hours and hours with him. In the klezmer world he had the stature of a Charlie Parker or a John Coltrane. He was a master, both technically and in terms of depth of expression and interpretation of the music. And he said he wanted me to carry on for him, but to do it in my own way. The clarinets that I play on now were his clarinets.”

While immersed in studying Jewish mysticism and drawing the connections between sacred Chassidic melodies (niggunim) and the Indian-influenced modal explorations of latter-day John Coltrane, Statman also worked in a variety of commercial bands. “I needed to make some money, so I was working in R&B bands, funk bands, soul bands, anything that came along. I wound up getting some bluegrass gigs around the Village and eventually ran into David Bromberg, who I had known when I was 15. The next thing I knew I was on salary and on the road with him in 1972. So I wound up back in the bluegrass-related world.”

By the mid-’70s, Andy hooked up with the great bluegrass fiddler Vassar Clements and went on to work with a wide spectrum of bluegrass and country stars, including Ricky Skaggs, Béla Fleck, Mark O’Connor, Tony Rice and the Wayfaring Strangers. But all the while, he has maintained a healthy interest in music as a means of spiritual exploration or expression. Both aspects of Statman’s profound musicality are represented on his two new releases (distributed by Harmonia Mundi or available at andystatman.org).