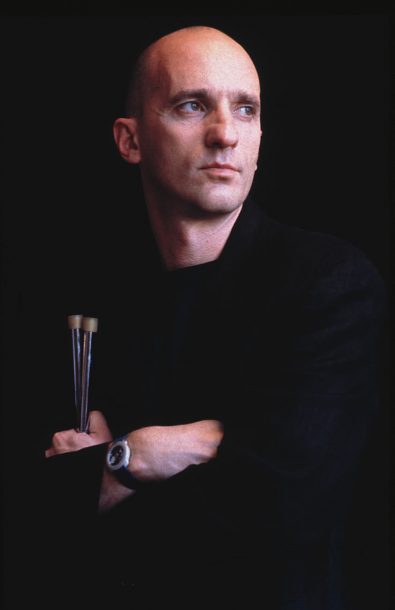 When pioneering steel pan musician Andy Narell began playing about 37 years ago in New York, there weren’t many players to emulate. Narell further cast out competition when he began to merge Afro-Caribbean themes with jazz.

Carving out his own niche, the Bay-area musician has accrued nine albums as leader, plus two co-led with Paquito D’Rivera and Dave Samuels as the Caribbean Jazz Project. Narell’s ninth album, Behind the Bridge, is an enhanced CD that’s his most intimate and natural session.

Narell works with a small group and concentrates on playing pans, rather than creating another highly orchestrated and overdubbed session impossible to reproduce in live performances. “I wanted to do something as different as possible from what I had been doing,” says Narell. “I’d been focused more on the writing and arranging on my recordings as leader, and putting together compositions regardless of whether I could actually reproduce them live. I wanted to get back to my playing and have a lot smaller instrumentation mostly featuring pan, piano, and percussion-almost like a Caribbean version of chamber music.”

Narell designed and plays a new instrument built by Ellie Monette, a “double second” which includes two pans that span a three-octave chromatic scale. Two additional pans (one on each side) extend the range, and Narell plays a couple of solos on a single, 30-note soprano pan.

Recognized by the Trinidadians as being among the best in the world on his instrument, Narell is composing a piece for a 100-plus musician steel band to be performed by the Skiffle Bunch at the Panorama steel band competitions in February 1999.