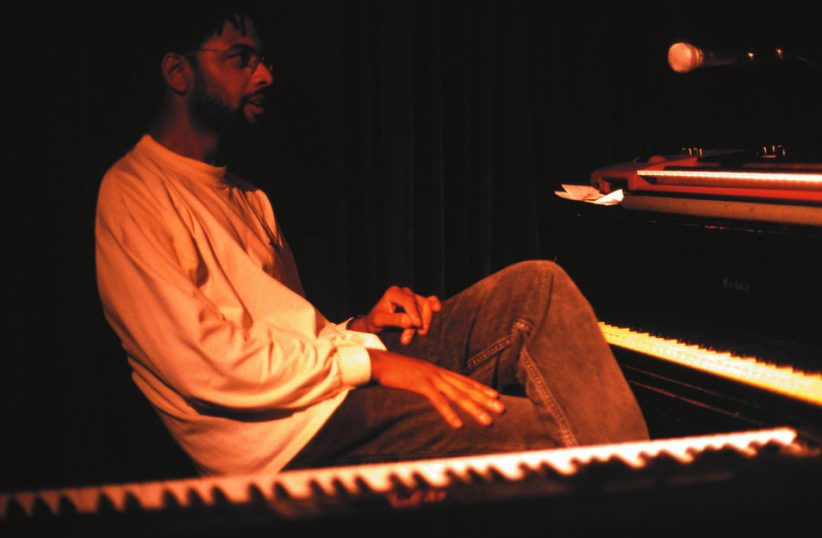 Andy Milne didn’t grow up on funk, and the pianist/composer hasn’t delved deep into hip-hop. Ironically, hip-hop and funk greatly inform much of his music with Dapp Theory. “I listened to jazz long before I listened to any R&B,” Milne says. “Certain things are familiar to you, simply because they’re around you. I don’t listen to hip-hop that much either but, hip-hop is everywhere, even on the TV commercials. I can sit on my front stoop in Brooklyn and hear hip-hop without having to turn on the stereo-just from the cars driving by.”

Call it osmosis or a second-hand high, but there’s no denying that Milne’s writing and playing have a distinctively funky flavor. During the early to mid-’90s, he held down the piano chair in alto saxophonist, composer and M-Base philosopher Steve Coleman’s numerous bands, including the Metrics, which provided Milne the opportunity to interact with rappers such as Kokayi. “Being in that band was like playing a couple of different roles-playing with sound and dealing with being an accompanist. I was thinking of these MCs as vocalists as if I was backing up Dianne Reeves, only I had to choose a different palette,” Milne says.

Kokayi is now featured extensively on Y’all Just Don’t Know, Dapp Theory’s third CD and debut for Concord. When Milne left Coleman’s group to strike out on his own, he formed Cosmic Dapp Theory, which contained a few other M-Base informed musicians such as Reggie Washington and Mark Prince. The band has undergone several personnel changes and dropped “Cosmic” from its name with 1999’s New Age of Aquarius (D’Note). Its current lineup includes other M-Baseschooled artists such as drummer Sean Rickman, harmonica player Grégoire Maret and bassist Rich Brown with special guests: guitarist David Gilmore and vocalists Carla Cook and Vinia Mojica, among others. Coleman’s influence looms large on Y’all Just Don’t Know, especially in terms of its interlocking rhythms, odd time signatures and cosmic, numerology-inspired rhymes. But Dapp Theory offers something that distinguishes itself from Coleman’s Five Elements. It comes in the form of Milne’s love for Americana and folk songs, which manifests gorgeously through his collaborations with Canadian folksingersongwriter Bruce Cockburn.

“I’ve been listening to his music since I was in high school,” Milne says. “I was introduced to his music when I was about 13 or 14. Everything that he ever spoke about and stood for as an artist and a lot of his political views were inspiring to me. I took a little break and got back into his music years later. This was at a point where I had evolved as a songwriter, and not just some 13-year old kid grooving on some rock ‘n’ roll. I was trying to understand how to write better songs and get into lyric writing- I had to revisit his music and listen to his poetry.”

Like Cockburn, Milne grew up in Canada-Toronto to be exact, but the degrees of separation between two were closer than ever imagined. Dapp Theory’s Rich Brown knew violinist Hugh Marsh, who often played with Cockburn. Luckily, Marsh was familiar with Milne’s work with Coleman, and eventually Milne came in contact with his high school hero. “It was a strange sequence of events,” Milne recalls. “Bruce knew nothing of me. I just came out of nowhere. But it came at a time that was perfect in his career for this kind of collaboration to work. He had taken some time off and was kind of in a writing slump where he wasn’t too sure what his next move was going to be. I feel very fortunate, because Bruce is someone that doesn’t do songwriting collaborations with people. It all fell together in a very natural way.”

Cockburn’s plaintive singing, earthy guitar strumming and sharp social commentary on ecology, global economy and technology help Milne realize one of the subtexts of the CD’s title. “Specifically, the title refers to corporate America and how its tentacles get into everybody’s backside all over the planet, and how the American government plays a role in that kind of stuff. It’s just a comment: ‘People don’t know. And, sometimes they don’t want to know.'”

For Dapp Theory, Milne composes music to the strengths and personalities of his band members, and his multifaceted group could easily draw listeners from many genres-folk, jazz, R&B, funk and hip-hop. “Being in something greater than the sum of its parts is central to my personality,” he says. “The sound of this band is definitely an accumulation of all of our musical experiences. Just because I don’t listen to hip hop that much doesn’t mean that the other band members don’t. And that comes through, because Dapp Theory is not all about me.”