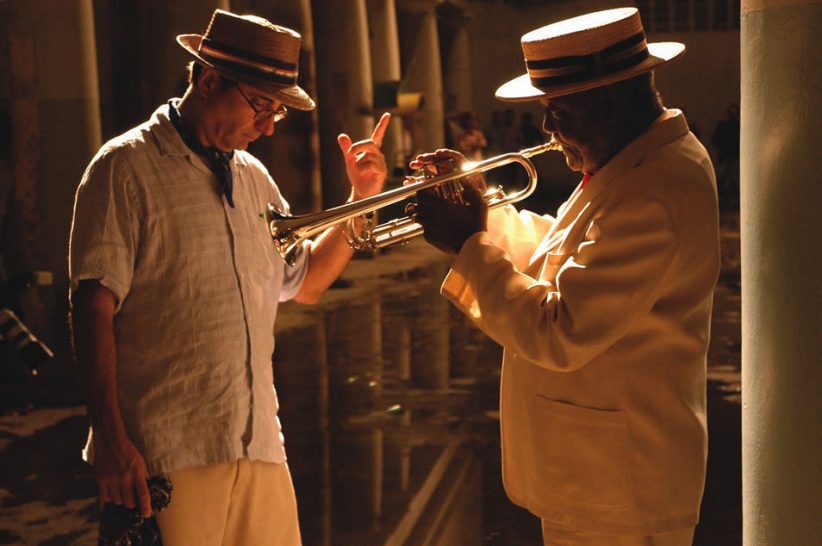 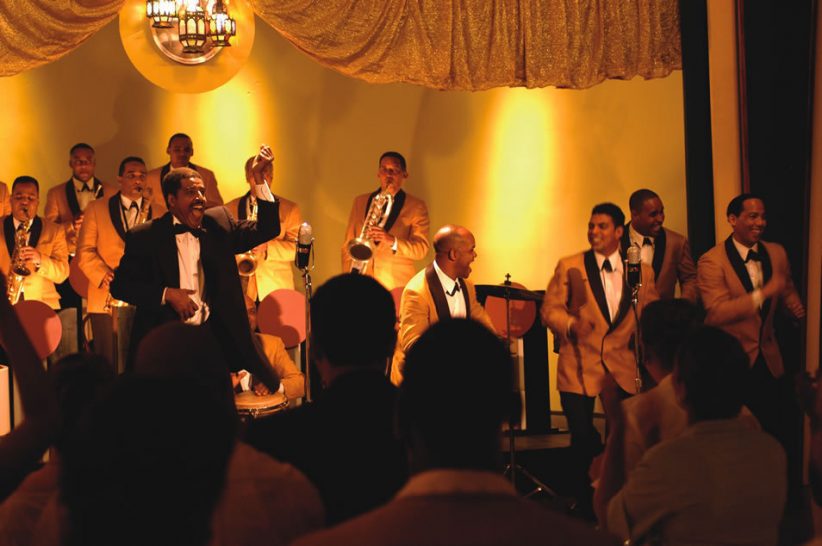 Julian Fernandez as Benny More in The Lost City

It is clear from the opening scene in Andy García’s film The Lost City that Cuban music is the protagonist. García’s passion for Cuban music and his devotion as a producer and advocate are also clear. The Cuban-born actor-director began as a collector of classic recordings, then worked as an apprentice musician and producer for one of Cuba’s living legends, Israel “Cachao” López. The bassist-composer was the subject of García’s 1993 documentary film Cachao: Como Su Ritmo No Hay Dos. The film score for City draws on Cuba’s most extraordinary musical treasures.

“There are about 40 songs in the movie,” García says. “First are the prerecorded songs, the classic songs from the era; then there’s another series of songs that I had been recording over the past 10 years with Cachao from the different albums we’ve done, and [finally] there were songs I recorded of my own themes that I needed while I was shooting.”

The soundtrack also serves as a virtual history lesson in traditional Cuban music of a bygone era. The songs, all selected by García, include such celebrated artists as Benny Moré, Rolando Laserie, Bola de Nieve, Miguelito Cuní, Los Muñequitos de Matanzas and María Teresa Vera, the sole female lead artist whose work is featured in the movie.

While Cuba enthusiasts and jazz lovers who know anything about the Havana music scene in the 1950s may note the absence of jazz and some of its most celebrated figures (including Glenn Miller, Nat “King” Cole, Milt Jackson and Buddy Rich, who all passed through the famous Tropicana), the fictional storyline (written by the late Cuban novelist Guillermo Cabrera Infante) focuses on the sounds of authentic son, bolero, mambo and more.

Of course, the film is not intended as a documentary on Cuban music. Many of the musicians in the film were part of Cuba’s more humble, Afro-Cuban popular music scene, and the inclusion of the traditional rumba of Los Muñequitos de Matanzas only points to García’s personal love for the artists and their music. This is clearly García’s vision for the film, in that he shares his love of his country’s music despite the fact that he could have chosen to completely overlook certain tracks because of their political implications.

While City may be flawed in its attempts to weave fiction with politics and history, it showcases the best in Cuban music, and for a moment makes us forget that many of its creators and interpreters left this earth before they could receive our appreciation.