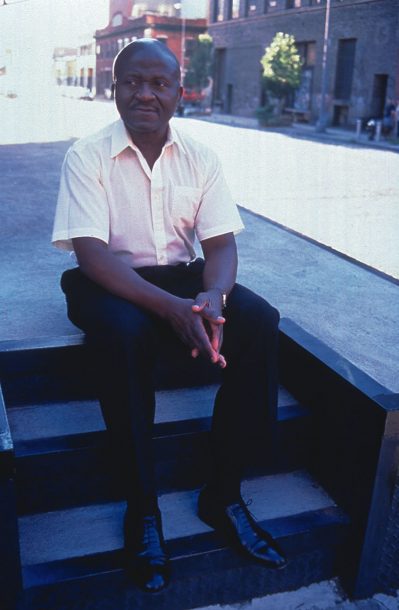 Andy Bey started his career as a child prodigy, playing piano at age three. He earned a well-deserved reputation as a vocalist with Horace Silver in the ’70s. Success and gigs, however, can be fleeting and, about 20 years ago, the bottom dropped out of Bey’s career. Some say it was a self-induced exile, but Bey has a simpler explanation:

“The truth is that nobody was interested in me. They could care less. I was out there-visible, and still working with Horace off and on, plus some piano bar things-but the gigs never came.”

Bey got back on track in 1996 with the release of Ballads Blues and Bey, on the Evidence label, with Andy accompanying himself on piano performing ballad interpretations as smooth as silk. He credits his producer, Herb Jordan, for input, advice, and direction, as well as coproducer Cornelius Pitts, who picked Bey for the project. And shortly on the heels of that release came Shades of Bey, again offering his rich, intimate vocals and pianistic interpretations. This time, however, Bey added a number of guest stars, including longtime alto associate Gary Bartz, pianist Geri Allen, and guitarist Paul Meyers.

Bey approaches a ballad with seeming reverence, realizing that sometimes it’s not the song, but what he can do with it that makes a difference. He says he can find some nuggets to work with on most songs-even those that border on the corny-but he prefers those that have stood the test of time.

“I try to draw the listener in when I sing,” he says, “and I think I do it best when I’m being intimate. The power part of my singing was fun-and I can still do it-but I’m not who I was 25 or 30 years ago. Now I’m always seeing how intimate I can get with a song.”