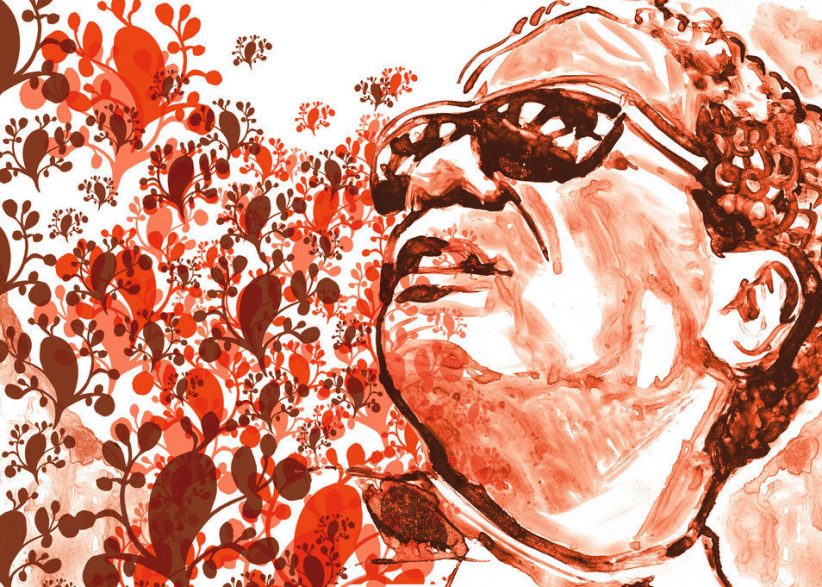 In the past three years composer and pianist Andrew Hill made two new records for Palmetto-2000’s Dusk and 2002’s A Beautiful Day-that were among the most highly regarded of their respective years. With the first release of this 1969 recording, Passing Ships, Hill has accomplished the same thing in 2003 without even having to book rehearsals.

In his excellent notes, reissue producer Michael Cuscuna tells of having been disappointed with the tape of this session when he first got into the Blue Note vaults some time ago, not realizing that the problem was a poor mix. Now that the music has been reassembled, it can take its place in the pantheon of great Hill sessions, particularly intriguing for the ways in which it foreshadows the big-band writing on A Beautiful Day. Here he is heard with a nonet that includes multireedist Joe Farrell, trumpeters Woody Shaw and Dizzy Reece, trombonist Julian Priester, Bob Northern on French horn, Howard Johnson on tuba and a rhythm tandem of bassist Ron Carter and drummer Lenny White.

Hill’s writing is excellent, both in terms of the widely varied heads and the backup horn parts that punctuate the solos. Pieces like “Sideways” and “Cascade” are the kinds of themes we associate with Hill: brief, uptempo statements that almost seem to go in several melodic directions at once. The orchestration on these is dense enough to give the illusion of a bigger band, and it’s full of surprising features, like Johnson’s busy counterpoint line in the first piece. “Yesterday’s Tomorrow” and the title track are slower, more tuneful affairs that depend on the use of deliciously dissonant voicings. The abstracted funk of “Plantation Bag” is irresistible, as is the way “Noon Tide” builds on the most clichéd of salsa figures to create a melody that’s utterly typical of its composer. Then there’s “The Brown Queen,” a tune that seems to start in the middle and reveal itself in a series of unexpected turns, yet with an underlying logic that’s absolutely convincing. The part writing here is particularly impressive, and the whole performance builds to one of Hill’s patented surprise endings.

It actually takes a few listens to realize how well the parts behind the soloists work for the simple reason that all of the improvising is of such a high caliber. Joe Farrell was highly valued for his multi-instrumentalist abilities, but his blistering work here will quickly convince anyone who hasn’t already figured out that he was among the best tenor players of his day. He sounds quite a bit like Joe Henderson did at the time, though I would suspect this is more a matter of two musicians who drew from the same sources of inspiration than of one man influencing the other. Farrell shines on every tenor spot he takes, and his yeoman work on soprano, flute, bass clarinet and English horn greatly enriches the orchestral palette.

Julian Priester has only a couple of solos but they are enough to show why he was trombonist of choice for composers extending the parameters of the music from the norms of the hard-bop idiom, from Max Roach to Booker Little to Hill. It would be a hard call to say which of the two trumpeters makes a stronger impression. Even though Woody Shaw was well on his way to supplanting Lee Morgan as the most exciting brass man of this transitional period, Dizzy Reece rose to the occasion with some of his best work on record. Shaw gets off a couple of definitive solos (his muted effort on “Noon Tide” is an absolute gem) but Reece gives no quarter. His sound is close to Shaw’s in terms of its brilliant luster, and his phrasing and harmonic imagination on this album will surprise listeners who know him from recordings of the early ’60s, when he was comfortably ensconced in the hard-bop groove.

The leader is also in top form. Hill’s conception is abstract enough that one sometimes gets the impression of him sidling into his solo spots like a crab. He seems almost deliberately tentative on such occasions, but the listener soon recognizes this as a device that helps to focus on the extremely unobvious lines to follow. Though he is as abstruse as ever here, he always sounds very definite about it, and he plays off the horn parts to wonderful effect. Still, as interesting as the Hill approach to improvised melody may be, it is his unique harmonic sense that seems to be at the center of his music. He’s the only musician I know of who can create a feeling of harmonic progression without changing chords, and the fact that his charts tend to linger on hard-to-track tonal centers that are joined in mysterious ways must be the reason that improvisers trying to move beyond the obvious pitfalls of the modal approach have played his music with such relish.

Though he has become a very mainstream figure, hearing Ron Carter in this context reminds us of what a creative player he was in the ’60s. Lenny White is also excellent-though this was only his second recording date he sounds relaxed and confident throughout. The interplay between the two rhythm men, and between them and the rest of the band, is impressive.

No Andrew Hill fan can be without this release, which stands comparison to his greatest work.