Skip to content
Become a member and get exclusive access to articles, live sessions and more!
Start Your Free Trial
Home > JT Archives > An Evening with Friends of Charlie Parker: In Bird’s Name 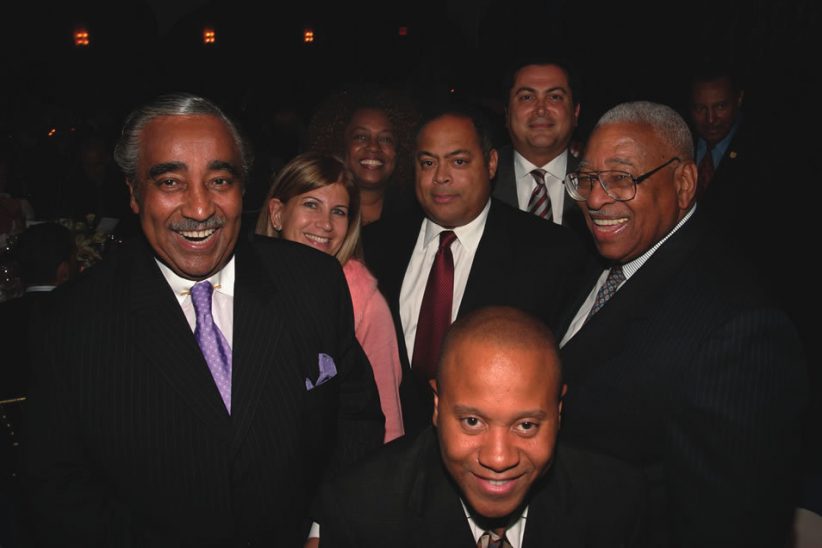 A benefit event sponsored by the Veritas Therapeutic Community Foundation drew a wide range of supporters.

18 years ago at a little club on the Upper West Side of New York City, Max Roach, Dizzy Gillespie and comedian Bill Cosby were turned away-despite their celebrity-from the very concert they helped plan and organize, “An Evening with Friends of Charlie Parker.”

The reason the doormen gave for their refusal?

The small club-Birdland on Broadway and 105th St. in Manhattan-was already so packed with musicians ready to play and honor legendary saxophonist Parker that there wasn’t anywhere for the three men to sit.

Since that first concert in 1988, “An Evening with Friends of Charlie Parker” has grown exponentially, attracting jazz musicians from near and far to come and recognize Bird’s legacy. Sponsored by the Veritas Therapeutic Community Foundation, Inc., the benefit event now hosts 500 people and raises $500,000 for Veritas’ various programs dedicated to battling substance abuse.

According to Veritas’ Director of Development Shannon Gibbons, the annual concert event never would have come to fruition without Parker’s late widow, Doris. Already on Veritas’ board of directors, Doris reached out to vibraphonist Milt Jackson and drummer Max Roach-fellow board members-to create an event that would raise money for Veritas’ Young Mothers, Infants and Toddlers program.

The Young Mothers program is one of the few in the nation to provide residential treatment for pregnant women and young mothers recovering from substance abuse. Once women enter the program, they usually stay for 18 months to two years and do not leave until they are drug-free, employed and in possession of a G.E.D. Veritas also provides programs for relatives and children of the recovering addicts, ensuring that families receive a second chance.

In order to increase the program’s funding, Doris, Jackson and Roach decided to create “An Evening with Friends…” not only to recognize Parker’s impact on jazz, but also to draw attention to the nationwide prevalence of substance abuse.

“Doris thought, ‘Gosh, if something like Veritas had been around when Charlie Parker was alive, maybe he wouldn’t have died in his mid-30s,'” says Gibbons. Parker had struggled with alcoholism and heroin addiction for nearly 20 years when he died in 1955.

Other members of the event’s Founders Circle included Sandy Jackson, Milt’s widow, Congressman Charles B. Rangel and saxophonist, composer and arranger Jimmy Heath, who has attended almost every “Evening” since the event began.

For Heath, visiting one of Veritas’ facilities and seeing the residential treatment programs firsthand reinforced his commitment to the organization.

“Musicians, they all want to be involved because of what it stands for, to help someone that needs help-and these people need help,” Heath said. “These people…need help desperately, and they’re trying to straighten their lives up. It’s a sad thing, and the musicians have big hearts and they want to help.”

Over the years, the concert has attracted a diverse group of supporters, including late news anchor Peter Jennings, who had repeatedly served as chair of the event and hosted his own fundraiser each summer, “Jazz at Jennings.” Another high-profile supporter is Bruce Lundvall, President-CEO of EMI Jazz and Classics, who will be honored at this year’s “Evening” on Sept. 25 at Manhattan Center’s Grand Ballroom.

“Every year, we change venues to a bigger and bigger venue,” says Gibbons. “It’s become a sought-after ticket in New York.”

Although many of Parker’s friends have passed over the years, musicians continue to support Veritas because, as Gibbons says, “Substance abuse is something that is not unfamiliar to the world of music, whether it’s jazz or anything else.” The event also gives younger musicians a chance to play with some of the legends, like drummer Roy Haynes and pianist Kenny Barron.

While only five musicians played at the first jam session, dozens of jazz greats have performed at events since then, among themsaxophonist Charles Davis, pianist Hank Jones and trumpeter Clark Terry.

“It’s something that’s very much looked forward to every year by lots and lots of people; it’s a very special occasion,” says Terry, who got involved with Veritas when he heard his old friend Doris was planning an event in memory of Parker. “Of course all the musicians involved in it are involved because of Bird, and the fact that it’s a very, very special tribute to people, ladies in particular, who are in trouble. I think it’s going to continue forever.”

It is that kind of enthusiasm among the jazz community that keeps the event going strong.

“Peter Jennings used to say onstage every year, ‘Jazz musicians are the most generous people in the world,'” says Gibbons. “That really does ring true, because all of these musicians donate their time to this event. I don’t see that going away, I don’t see that declining-I just see that growing stronger.”