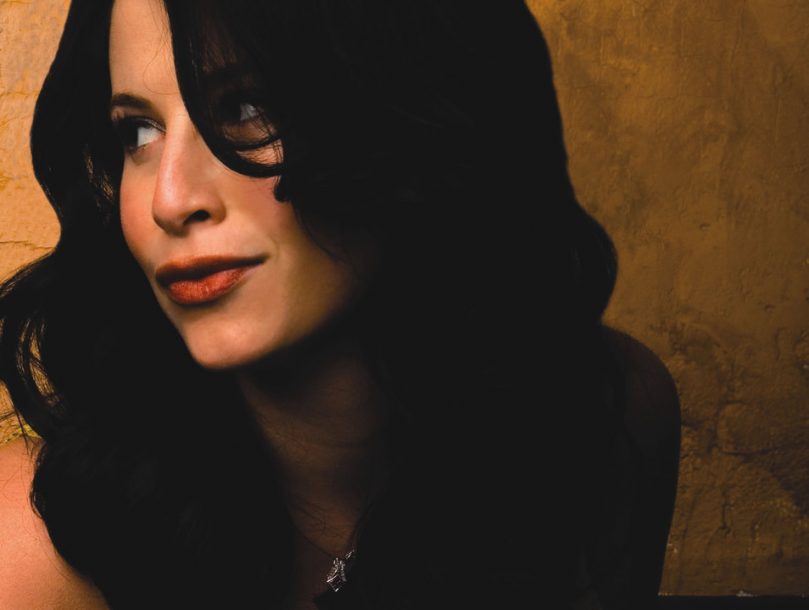 One of those rare hybrids whose jazz, pop and folk-rock roots, when entwined, equal far more than the sum of their parts, New Yorker Alyssa Graham takes the distingué hauntedness of Helen Merrill, marries it to the purity of Karen Carpenter and then adds a roiling undercurrent of Melanie Safka.

Two years ago, Graham began inching toward the wide recognition she’s long been worthy of with the stunning, all-standards collection What Love Is, an achievement made all the more impressive by the fact that she and guitarist husband Douglas Graham produced and recorded the entire disc in the living room of their apartment. Now, they’ve been given the chance to stretch out-physically, technically and lyrically. Among the accompanists, Douglas is the only holdover from the previous album. He is joined by 10 exemplary players, including pianist/organist/French horn player Jon Cowherd (who also serves as producer), bassist Doug Weiss, percussionist Jeff Haynes and guitarist Romero Lubambo. Together, they craft backdrops that seem the equivalent of coolly shaded tiles, against which Alyssa’s rich, muted plumage softly brushes.

Thematically basing Echo on the evolution of their own relationship, the Grahams’ goal was to examine romance from all angles. To do so, they limited the covers to only four: an “America” more wide-eyed and optimistic that the Simon and Garfunkel original, a gently bruised reading of Johnny Mercer and Michel Legrand’s “Once Upon a Summertime” (wherein Graham reveals a vocal kinship to Stacey Kent), a treatment of Sting’s “I Burn for You” cooked over high heat, and a cashmere rendition of the Brazilian gem “Izaura” performed in flawless Portuguese. Six of the remaining seven songs are originals, most penned by Douglas and/or Cowherd, and all ballads of top-drawer quality.

Finally, there’s “Involved Again,” the most intriguing track of the lot, not only because it paints a breathtaking portrait of an incontrovertibly dangerous love too tempting to resist, but also because it was written for Billie Holiday, planned for inclusion in the album after Lady in Satin, and then shelved for a half-century after Lady Day’s death.