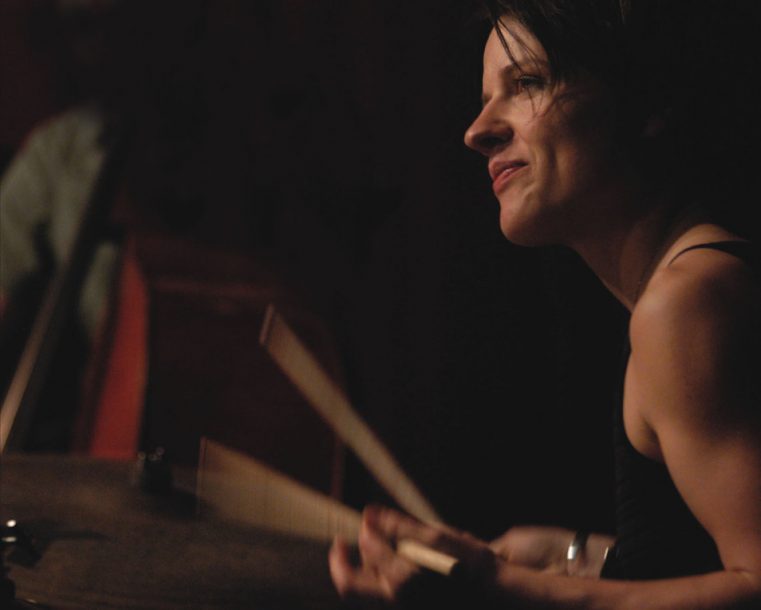 Rather than merely showcasing her chops over a series of grooves, Miller puts her harmonic skills on display in tunes like the bright, driving title track and the subdued “Shadow’s Reflection” and “Theme,” the latter a two-part reflection on 9/11 that avoids melodrama. For a version of “Evidence,” probably Thelonious Monk’s most pointillistic piece, she takes an alternate route, playing a slinky funk beat throughout the tune that gives way to an explosive drum solo at the end. Producer White helped her solidify the arrangement of “Evidence” she heard in her head. “He was saying, ‘How long can you stick with that beat and not mess with it?’ which is, in my mind how I hear it too,” Miller says. “But drummers, we get antsy behind the drums.”

Miller also makes up one quarter of Agrazing Maze, a collaborative group rounded out by pianist Enrique Haneine, bassist Carlo DeRosa and trumpeter Shane Endsley. Their upcoming CD on Foxhaven starts with Latin-based originals and goes on to include free-improvisation pieces that include a reading of “Nefertiti” where the original theme is in the room but barely acknowledged.

Earlier this fall, Miller embarked on a series of West Coast dates with singer Kitty Margolis; this follows a New York date with trumpeter John McNeil and a 5 a.m. Stroll CD release show that will lead to a tour with the band in February. The schedule can be overwhelming, but Miller knows better. “I remind myself how lucky I am being able to play music I like,” she says. “I feel like I’m in a really good place. To be interested in many different types of music is a good thing and [it] can expand your sound across the board as you’re playing each different style.”