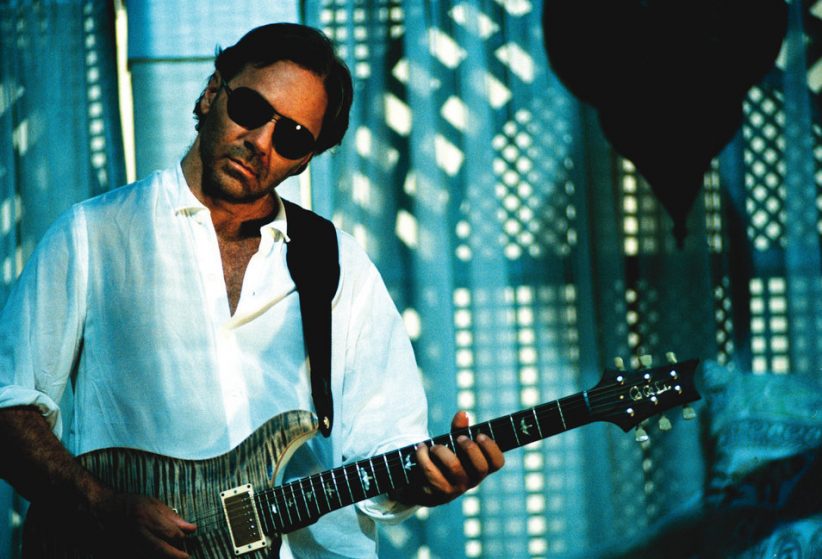 Back in 1974, Al Di Meola was the boy wonder, a shy 19-year-old fretboard shredder who rapidly ascended to international fame with Return to Forever. Three decades later, Di Meola is a savvy, seasoned bandleader and authoritative six-stringer with a vast reservoir of complex compositions from 23 recordings as a leader to draw from in performance. This excellent concert DVD, recorded on tour in Germany at Leverkusener Jazztage, covers a cross-section of new and old material while striking a balance between exciting electric blowouts and more subtle acoustic numbers.

Seventies fusion fans will be thrilled by the aggressive stance that he takes on scintillating electric numbers like “Tao” and “San Marco” (from 2006’s Consequence of Chaos), “One Night Last June” and Chick Corea’s “Senor Mouse.” With his solidbody, two-humbucker Paul Reed Smith guitar in hand, the New Jersey native is able to deliver warm sustaining tones reminiscent of Carlos Santana, but with a far more severe chops factor. Indeed, Di Meola’s blazing speed runs and degree of difficulty on the instrument are second to none.

But sheer chops is only part of the appeal here. Di Meola’s penchant for romantic melodicism comes across on the gentle ballad “Azurra” and his highly interactive duet with percussionist Ortiz on “Rhapsody of Fire.” Other highlights include the guitarist’s daring solo rendition of Piazzolla’s challenging “Double Concerto” (previously documented on 2000’s Grande Passion) and his incendiary acoustic duet with Ortiz (playing cajon) on the flamenco-flavored “Hypnoses” (also from Consequence of Chaos).

It’s Di Meola’s unerring sense of rhythmic assuredness that allows him to mix in such a wide variety of syncopated accents and percussive strumming here. In the extra instructional video section, the guitar ace provides some insightful tips about his patented right-hand techniques, string skipping and methods of practice while also reminiscing about his early years and influences in some revealing interview footage.