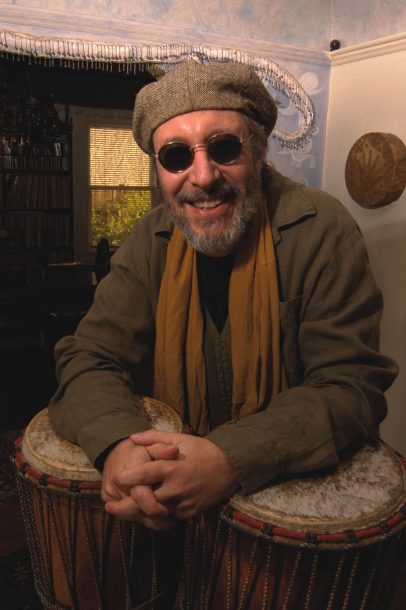 A former pupil of Don Cherry and longtime collaborator with Yusef Lateef, Rudolph’s preparation is apparent on Dream Garden (Justin Time), the latest release by his Moving Pictures octet. Originally formed in 1992, Moving Pictures now consists of Ned Rothenberg and Steve Gorn on winds; Graham Haynes on brass; Ken Wessel on guitars; Shanir Blumenkrantz on bass; Brahim Fribgane on the Moroccan oud; and Hamid Drake on drums and additional percussion. All are very familiar with Rudolph’s strong embrace of the here and now. “I was looking for musicians who weren’t just journeymen,” says Rudolph, “but were interested in reaching into new areas because the whole concept of the group is to create a forum for everybody to reach, develop, experiment and form their own voice.”