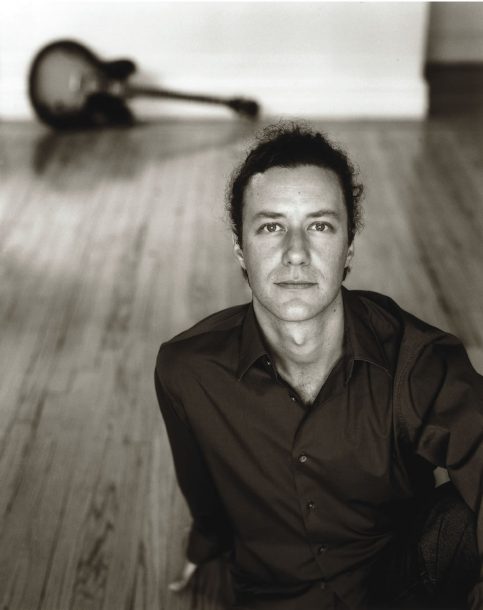 After the breakup of the powerful fusion band Lost Tribe, guitarist Adam Rogers refocused his energies on a new guitaristic direction. Now he’s more likely to play his Gibson ES-335 with a warm yet pungent tone in the more traditional “acoustic jazz” manner of Pat Martino, George Benson or Wes Montgomery, the three guitarists who affected him most in his formative years. “At a certain point I made a decision for my career as a sideman and as a leader that I really wanted to focus on playing acoustic jazz because it was probably the most satisfying to me, although I do play all these other different kinds of music, and I love doing all of them.”

That clear, rich and full tone-along with Rogers’ uncannily fluid linear style, pristine articulation and daring improvisational streak-has graced recent recordings by such a diverse list of musicians as Michael and Randy Brecker, New York Voices, Norah Jones and Lizz Wright, among others. He has toured extensively with Cassandra Wilson and works regularly with singer Luciana Souza in a spare trio setting along with bassist and frequent collaborator Scott Colley.

His first shot as a leader was 2002’s Art of the Invisible (Criss Cross). His debut outing with Colley, drummer Clarence Penn and pianist Edward Simon not only highlighted Rogers’ remarkable sixstring skills but also showcased his fully developed compositions. For Allegory, his follow-up on Criss Cross, the guitarist has added saxophonist Chris Potter to the lineup. “The new one has a slightly different vibe, probably as a result of Chris being part of it,” says Rogers’. “Chris has such a strong identity as a saxophonist and musician, so it’s inevitable that it would affect the overall vibe of the record. And I’m really happy with it.”

No matter the setting, two characteristics always come through in Rogers’ playing-dazzling speed and impeccable articulation. “I was always impressed with Trane or Sonny Rollins playing fast,” he explains. “So I practiced playing fast all the time so that hopefully I wouldn’t be scuffling later on. And their ideas were so clear. Same with Miles. There was never any doubt of what they were doing, and maybe in some kind of inadvertent way that influenced me. There are many guitarists who don’t play so cleanly that I love, and sometimes I aspire to play antitechnically on certain things, because you don’t want it to sound perfect all the time, so you access some other part of yourself. But from also having studied classical guitar pretty intensely, that conception of being completely aware of every note that you’re playing really stayed with me and has become an overriding influence.”