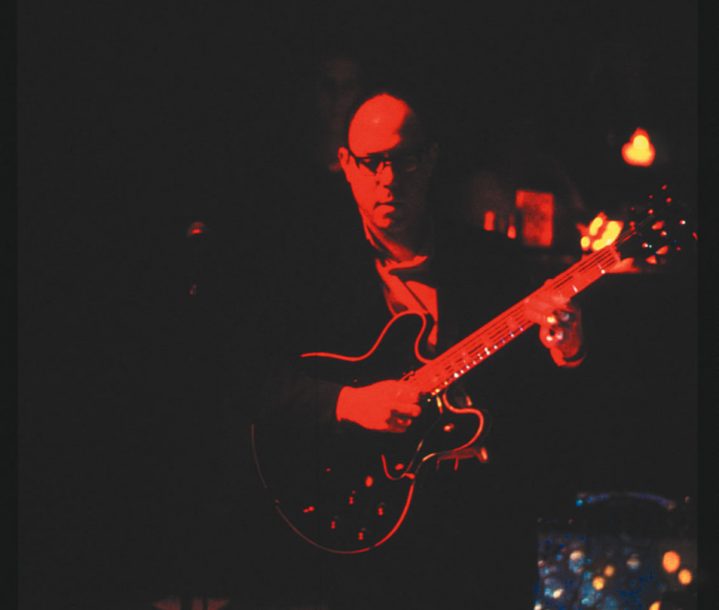 Guitarist Adam Levy discovered the lactose-tolerant album title Buttermilk Channel while researching his Brooklyn neighborhood-the actual Buttermilk Channel is south of Manhattan and separates Governor’s Island from Brooklyn-but says he used the title for his most recent release because it’s “so evocative of nothing in particular.” Or so Levy thinks.

Imagine slogging through an entire channel of buttermilk-Levy has recorded the perfect soundtrack for such a Suessian trek. Larry Goldings’ organ churns out a creamy ambiance while Kenny Wollesen’s drumming provides the slow-moving current, setting Levy’s Scofield-smacked guitar adrift. The trio’s sound laps gently on the ears, perfect for a late-night or lazy Sunday listen.

About the Scofieldian guitar: Levy’s been a fan since hearing early John Scofield records like Shinola (Enja) when he was about 18 and just getting into fretwork. “He sounded a lot more like the rock records I had grown up on,” Levy explains. “That was always the connection for me-jazz that has R&B and funk and blues.” An on-the-Buttermilk-record confession, “Dear John,” proves Levy’s man enough to own up to his primary influence, but history shows Levy’s man enough to ditch his hero in favor of a more progressive approach.

“About three years ago, bassist Trevor Dunn [of experimental metal outfit Mr. Bungle] called and said, ‘Let’s make a record with Kenny Wollesen.’ I thought he was talking about a jazz record.” The resulting album, 1998’s Debutantes and Centipedes (Buzz), features a more sinister Levy playing distorted, skull-crushing chords and has him sending walkie-talkie transmissions through his guitar pickups. “Trevor should have called Nels Cline,” Levy says, selling himself short.

Lately, Levy’s only short on time. Between running his own Lost Wax label, maintaining a Web site (adamlevy.com), steady city gigs with vocalist Norah Jones, who recently signed to Blue Note, and violinist Jenny Scheinman, and catching flights to the West Coast for shows with Trio Putanesca and a group with fellow guitarist Jim Campilongo, Levy needs music like that on Buttermilk Channel to help him wind down. “I’m a mellow guy, and living in New York-there isn’t much mellowness in New York-well, these days I gravitate toward making mellow music.”