Skip to content
Become a member and get exclusive access to articles, live sessions and more!
Start Your Free Trial
Home > JT Archives > A.B. Spellman: A Life in the Bebop Biz 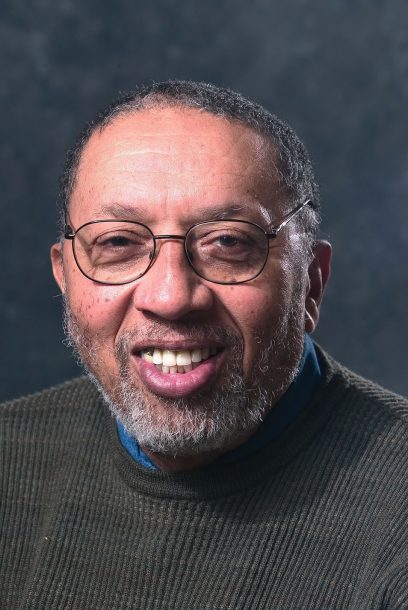 I know that it’s a violation to treat music as background, as wallpaper, but I do like working to classical music,” A.B. Spellman says. It’s 10 a.m. on a Monday morning, and he’s trying to explain the sounds booming in his sun-filled, fifth-floor office at the National Endowment for the Arts (NEA), where he’s been since 1975. “With jazz, I can’t do anything but listen.”

Spellman will have plenty of time to listen after May 2, when he retires from the arts organization. In honor of his service, the NEA Jazz Masters program renamed one of its honors the A.B. Spellman Award for Jazz Advocacy.

Spellman was a young poet with a fresh degree from Howard University when he moved to New York in 1957, where he spent the next decade immersed in the jazz scene. In addition to poetry, he also wrote articles on jazz and politics and copious LP liner notes. In 1966 Spellman published one of the great books of jazz criticism, Four Lives in the Bebop Business, which was brought back into print in 2004 with the title Four Jazz Lives (University of Michigan Press).

Spellman’s book follows the lives of jazz musicians Ornette Coleman, Cecil Taylor, Jackie McLean and Herbie Nichols. Nichols, the ill-fated pianist who died not long after Spellman interviewed him, nearly faded into obscurity. But since Nichols’ critical revival, all four musicians can claim an influence on modern jazz, so prescient were Spellman’s choices.

The author allowed his subjects to present themselves in their own voice. Spellman relates their personal histories in some depth, most often in long, unbroken quotes directly from the source. Though the four musicians led dissimilar lives and developed unique approaches to their music, they all lived and worked in the same difficult industry-the jazz business. It was in that subject that the activist Spellman found a backbone for his book.

“I picked them largely because I thought they were important, and because I thought they needed a defense,” says Spellman. “The conditions under which very serious jazz musicians had to work were anomalous. Cecil Taylor played in jazz clubs in Brooklyn where there was an expectation of one kind of music, and he was trying to play Cecil Taylor. Ornette, trying to do avant-garde music, struggled to make music without any musical training whatsoever. I thought these were important things to put out there. That kind of story about how people became the musicians that they are was not told enough.”

Originally, Spellman planned to include John Coltrane in his book, but the saxophonist turned him down.

“I really regret that he would not consent to be included,” Spellman says. “I later approached him again about doing a biography-this was about the time of A Love Supreme. He thought that it was a transitional period in his life. He was getting into Sufic studies and was undergoing a change in consciousness. He thought that he wanted to resolve all of that before he would consent to have his story told. I thought his voice-not as a musician but as a speaker-would be very important to get down, to capture his point of view.

“I thought and still think that the best introductions to jazz are the biographies. There are few greater pleasures in life then to be in a room full of jazz musicians and hear them swap stories. I think it’s an important thing for musicians to be heard.”

It’s been 40 years since the publication of Four Lives in the Bebop Business and 30 years since he gave up poetry and jazz criticism for the endowment business, but Spellman is still an advocate for jazz musicians.

“I wish jazz musicians wrote more. There have been some good individual critics-some great individual critics-but the overall state of jazz criticism has never been great,” says Spellman. “I just don’t think there are enough jazz writers who can really approach jazz from the inside. Classical music has good writing by important composers. I would like to see more of that in jazz writing. There’s not enough jazz musicology. That’s one thing that stopped me from writing about jazz.”

Spellman left New York for Atlanta in the late ’60s. Being so far from the center of jazz made it difficult to write about it, and he largely stopped writing criticism as an arts administrator with the NEA and as part of the NEA’s Jazz Masters program. But Spellman has never lost touch with the music, even if it has changed quite a bit since the days when he wrote Four Lives.

“The music has become, in this generation, very middle-class,” he says. “The musicians themselves are not from the old neighborhoods. The country has become more middle-class. Today’s musicians don’t train in the academy of the streets, like Jackie McLean’s generation did. That does show up in the music in a lot of ways. There’re probably more good jazz musicians than ever before-at least since the days of large touring bands when there was a lot of work for musicians. I think that the writing is very interesting. I keep waiting for something to coalesce out of this.”

With his retirement, Spellman says he’ll finish up a poetry manuscript, and he’s looking to publish again for the first time in decades. He also admits that jazz criticism has crossed his mind once or twice.

“When I retire, I would be open to opportunities to write about the music,” Spellman says. “I would enjoy it, and I only want to do things I enjoy. That’s the point of retiring.”