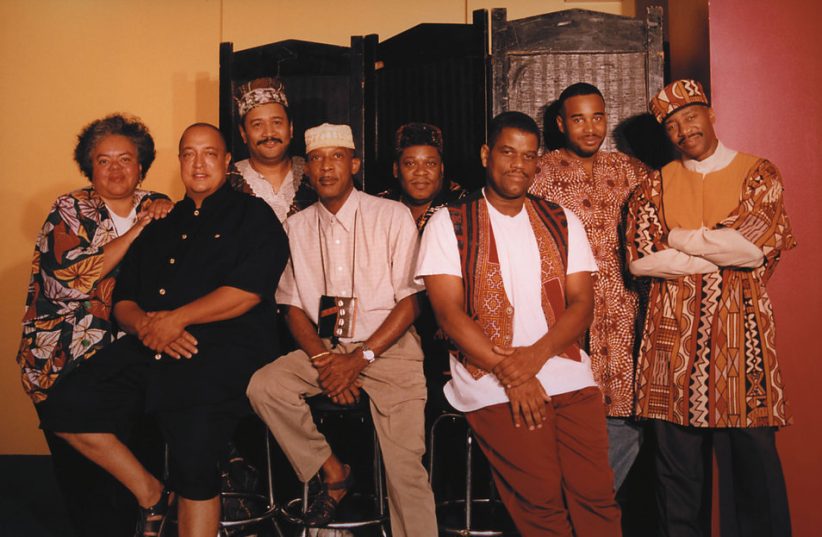 Composer and reedist Edward Wilkerson, Jr., has never been one to play by the rules of the music establishment. When most of his brethren from Chicago’s legendary Association for the Advancement of Creative Musicians headed to New York in the late ’70s and early ’80s, he stayed, scrappily finding ways to work. While most musicians with his stature and level of experience insist on the spotlight, he’s remained a firm believer in ensemble work. And for the release of the new Last Option, the fourth album by his long-standing octet, 8 Bold Souls, he skipped the usual line-up of jazz labels and went with Thrill Jockey, the Chicago indie best known as home to style-blending art-rockers like Tortoise and the Sea and Cake.

“People are always calling me an entrepreneur, but I never had any desire to put out my own records,” says Wilkerson. Yet that’s exactly what he was forced to do. In 1986 he started Sessoms Records to release the first album by his rarely convened big band, Shadow Vignettes, and two years later he released the debut album by 8 Bold Souls. “I had a car trunk filled with records and all of these dudes would laugh at me, but I didn’t care. I had to sell my stuff.” In retrospect, it’s hard to believe labels wouldn’t give him the time of day. Employing a strikingly original sound-two reeds, trumpet, trombone, tuba, cello, bass and drums-from the get-go this group revealed its leader’s vision with clarity and power, bringing an orchestral sweep to material that, like Henry Threadgill’s writing for his equally unique Sextett, synthesized jazz’s rich history into one cogent package. Eventually the New York label Arabesque Records signed the group, releasing Sideshow in 1992 and Ant Farm in 1995, but when the label put plans for a new record on the backburner a few years ago, Wilkerson was again forced to take matters into his own hands. Reluctantly heeding the advice of Marguerite Horberg, the proprietor of the downtown club HotHouse, 8 Bold Souls’ longtime home, he met with Thrill Jockey honcho Bettina Richards. “Marguerite kept telling me about this woman who had an alternative rock label and I was like, ‘Yeah, right’,” chuckles Wilkerson. But in Richards, a rabid fan of the group, he found someone who was just as hands-on and focused as himself.

“This project brought together every eccentric kook I’ve ever met,” Wilkerson jokes. Involved with every phase of the project, Wilkerson encountered a raft of underground rock types, from discussing the studio gear with sharp-tongued recording engineer Steve Albini to designing the album’s enhanced CD with Rose Marshack of the Poster Children. Departing from the well-scrubbed sound of previous 8 Bold Souls albums, all of which Wilkerson produced, the new recording finds the group trying to capture the elusive edge of one of its live performances. Bassist Harrison Bankhead and cellist Naomi Millender used no amplification, and the group-which also includes reedist Mwata Bowden, trumpeter Robert Griffin, tuba player Gerald Powell, trombonist Isaiah Jackson and drummer Dushun Mosley-played together in one big room, and virtually no compression was employed in post-production. “Some people might have trouble getting beyond [the sound], but I’m happy with it,” says Wilkerson. Whereas earlier recordings sanded away most of the music’s edges, here they remain sharp, revealing an urgency and spark missing on the others.

As usual it’s Wilkerson’s superb compositions that make sense of that urgency, episodic gems that shape-shift invisibly. “Pachinko” weds Ellingtonian voicings to a frenetic, relentless groove, while the buoyant “Brown Town” mixes bouncy New Orleans polyphony with soulful ’50s-style hard-bop. Each performance is marked by a telepathic ensemble sound, as the group-together for over 15 years with only three personnel changes-communicates on a super-human level. “People tend to stick around here in Chicago,” says Wilkerson. “Still, I’m amazed they’ve stuck around this long. And I’m amazed that I’ve put up with them,” he adds with a laugh.