Skip to content
Become a member and get exclusive access to articles, live sessions and more!
Start Your Free Trial
Home > JT Archives > 4 Generations of Miles 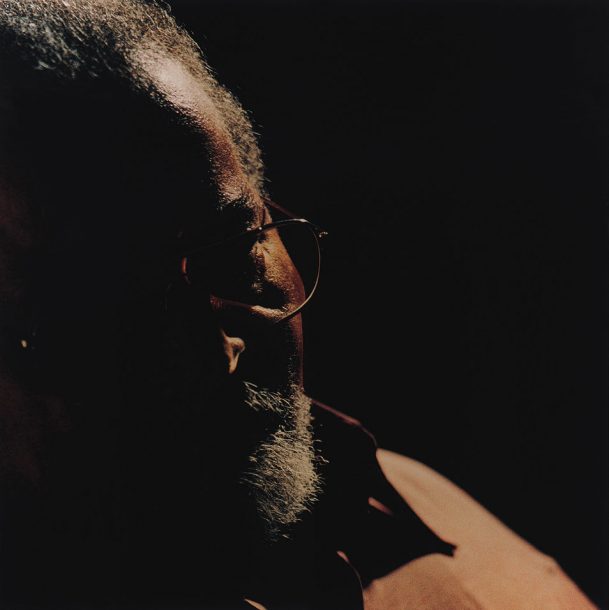 Imagine Trane squaring off against John McLaughlin in a quartet setting, and you can grasp the tension and excitement of this summit meeting. None of these four Miles Davis alumni were ever classmates in the same Davis group, but all are distinguished grads of that most prestigious small college in jazz.

The age span between drummer Jimmy Cobb and guitarist Mike Stern is 24 years, a little wider than the lapse between the year Cobb replaced Philly Joe Jones (1958) and Stern joined Miles’ comeback band (1981). In between these unlikely collaborators, who participated in a “4 Generations of Miles” tribute further uptown at the Makor Club in May 2002, are bassist extraordinaire Buster Williams, who matriculated with Miles in 1967, and alto sax giant Sonny Fortune, Class of 1975. They’ve replaced Ron Carter and George Coleman, whose exploits at the Makor can still be scrutinized on a Chesky CD.

Of course, the alumni concept precludes a trumpet player. So two questions loomed as we waited at the Iridium for Cobb to strike the downbeat. Can a trumpet-less tribute to Davis really work? And where do four generations of Miles sidemen meet musically?

Despite the personnel changes, the answers remained very much the same as they were in 2002. There was no middle ground at the set we heard: All five lines found their center of gravity in the era when Cobb reigned unobtrusively behind his kit (Davis’ early Columbia years) and before. “Oleo,” “There Is No Greater Love” and the ever-evolving “My Funny Valentine” became staples in Miles’ songbook during the Prestige years of 1954-56. Cobb was the first to be entrusted with “All Blues” and “On Green Dolphin Street.”

All five tunes are represented on the Chesky disc. Allowing less freedom and space for most of the tunes, the Chesky 4 had fewer glitches, and fewer brilliancies, than the Iridium 4. In real time, there was also more suspense as the Iridium set unfolded. Sonny soloed long, unaccompanied and outside metronomic time before slowly easing into the first head, “There Is No Greater Love.” Stern followed with plenty of spirit, Metheny-like, still sounding like a bopping work-in-progress. Cobb, Fortune and Stern traded fours before the out chorus, another slight humbling for the guitarist.

Stern did far better in that out-of-time, unaccompanied frontier where Fortune was so dazzling, meandering on the outskirts of rock and blues before homing in on Miles’ “All Blues.” Fortune had no intention of being scratched, let alone cut, by Stern’s bravura, launching a fiery, wailing diatribe. Undaunted, Stern came right back at the hypnotic line, digging into the 3/4 feel with Cobb’s prodding. Neither of these hard-driving solos was an easy act to follow, but Williams flashed some surprising artillery, sprinkling clusters of harmonics into his solo. Somewhat veiled during Fortune’s fusillades, Stern’s comping aptitude emerged clearly behind Buster, deliciously simpatico.

Fortune frowned briefly during the next couple of tunes. Apparently plagued by a tickle in his throat as his “Green Dolphin Street” solo lingered on the runway, Fortune eventually attained a higher altitude than Stern, whose flight plan included a detour through “Surrey With the Fringe on Top.” Then Sonny was obliged to play the bridge at the head of “My Funny Valentine,” which Cobb insisted on steering into a samba rhythm. Those were the only moments, before and after the fine solos by Stern, Fortune and Williams, where Miles might not have smiled at his tribute. Fortunately, a pair of mighty Stern cadenzas framed the entire chart.

“Oleo” was the perfect choice for a closer, with Fortune in top form, stating the line and launching the string of solos. Everybody took a turn, Cobb making the most of his only rant. If you’re scratching your head trying to recall a Cobb solo on all those Columbia sides, be informed that the revelation bore a touch of Max Roach: truly crowd-pleasing. Fortune and Stern topped that explosion the only way they could, jamming together to take it out.

Yes, the sans-trumpet tribute did work. Happy birthday wishes to Cobb, who celebrated his 80th on the day of President Obama’s inauguration.