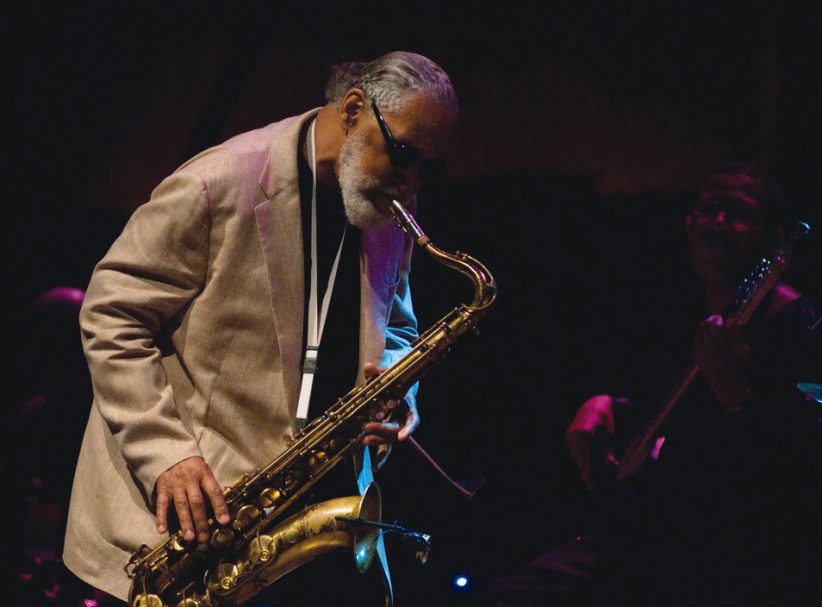 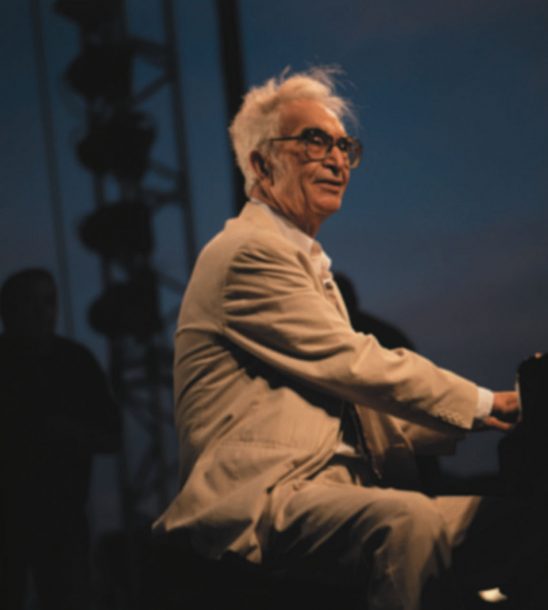 Vancouver may be known for its scenic splendor and great food, but for jazz fans what seals the deal is the annual 10-day jazz festival leading up to Canada Day. Now in its 22nd year, the TD Canada Trust Vancouver International Jazz Festival deftly balances mainstream marquee acts that pay the bills with a strong improvised music series, including a cross-section of developments from abroad, unusual breakout collaborations, workshops and free outdoor events.

With so much going on simultaneously, it always comes down to choices. Opening night, for example, offered competing shows by Cesária Évora, Tierney Sutton and the Aki Takase/Rudi Mahall duo. But the lure of Sonny Rollins (pictured) was irresistible. Out he came onto the stage of the Orpheum, walking stiff-legged like Redd Foxx, blowing hard and tough with long cascading runs on “Sonny, Please.” As always, he inserted clever quotes into his solos, dropping a snatch of Kurt Weill’s “My Ship” into an expansive “In a Sentimental Mood.” In some ways, Rollins is among the most generous of leaders, giving long solo space to his colleagues Clifton Anderson (trombone), Bobby Broom (guitar) and longtime bassist Bob Cranshaw. But when Rollins stepped up, as he did on his calypso “Duke of Iron,” his joyfully vigorous variations left no doubt he’s still the greatest living saxophonist of his generation.

Later that night, Aki Takase’s Fats Waller Project began an hour of serious fun with a frantic “Looking Good but Feeling Bad.” Though the band included leading free-improvisers, they still played with what Waller called “plenty rhythm.” Takase’s stride piano work, backed by Paul Lovens’ antic, two-beat pulse, found her playing both inside and outside the changes, occasionally using fists and forearms for emphasis. Her arrangement on “Your Feet’s Too Big,” with trombonist Nils Wogram blowing multiphonics and Eugene Chadbourne warbling the lyrics like an eccentric uncle, elevated the ridiculous to an art form. Bass clarinetist Rudi Mahall added to the party atmosphere with raucous exclamations, especially on an exuberant “Handful of Keys.”

Every now and then an opening act would steal the show, such as Swedish pianist Sten Sandell’s hard-hitting, high-energy set in collaboration with bassist Johan Berthing, drummer Paal Nilssen-Love and saxophonist John Butcher. Sandell’s fragmented phrases and dense chords, interwoven with his bandmates’ arco drones, chattering drums and pointillist saxophone, seemed more about process and sound than notes. It’s the sort of thing that is usually boring on a recording but fascinating to watch, as when Butcher placed the bell of his tenor right on the microphone and, without blowing, played an intricate percussion solo with fingers clicking pads. Trumpeter Cuong Vu closed out the show with a blast of high-voltage space funk. With one hand on his horn and the other on his electronic gear, Vu’s best moments came when he stopped futzing around with effects and just played. Bass guitarist Stomu Takeishi was really the focal point of the trio, setting up loops, dancing around barefoot, scrunching up his face like a rock star. It was all very interesting for about 15 minutes.

The following night, Tunisian oud player, vocalist and composer Dhafer Youssef performed for a sold-out early show on Granville Island. Backed by the Divine Shadows Strings and tabla player Jatinder Thakur, Youssef stood nearly four feet away from the microphone, alternating between soaring melismatic vocal passages and more contemplative instrumental interludes. With the string quartet droning behind the musicians, the show’s climax came during a darting call and response between Youssef and Thakur. Leaving during intermission enabled just enough time to catch guitarist Derek Trucks play bottleneck slide on a couple of Howlin’ Wolf tunes followed by an adventurous romp on “My Favorite Things.” Trucks took two solos on the Coltrane-inspired arrangement; the first one modal and somewhat conventional, the second built with asymmetric lines and increasingly exotic intervals before segueing into the deep pocket “Soul Serenade,” joined by his wife, the guitarist/vocalist Susan Tedeschi.

The biggest surprise of the festival was François Houle’s Tentet, which found the Vancouver-based leader’s unbridled clarinet solos framed by strongly swinging, harmonically challenging compositions performed by seasoned local players, with special guest saxophonist Fredrik Ljungkvist (from Stockholm) and French horn player Tom Varner (Seattle). Varner’s “Heaven and Hell: The Combo Platter,” and an arrangement of Steve Lacy’s “Wickets” were both deliciously unsettling, with clusters and shrieks from soloists and ensemble. Ljungkvist and Houle traded frantic fours on the surreal, hair-raising encore, which he described as a “21st-century version of Clarinet Marmalade.”

The strangest, most embarrassing moments came during the concert by Brazilian chanteuse Bebel Gilberto, who managed to knock over a table and stumble over her stage monitor at the Centre for Performing Arts. Perhaps she didn’t have her contact lenses in? Or maybe she was waylaid by a grape? But then, does that account for her writhing on the floor of the stage, cooing “Night and Day” while lying on her back and stomach? The crowd didn’t seem to care that she was out of tune, or that she spent an inordinate amount of time flicking her hair and posing with vogue-ish hand gestures.

The most delightfully odd moments came during the kooky and, yes, fun improv set by pianist Misha Mengelberg, bassist Joe Williamson and drummer Dylan van der Schyff at the Western Front. Mengelberg emerged and declared, “Let’s play some chaos,” then began playing with his palms and various parts of his fingers and arms as if he’d never played a piano before. Van der Schyff responded by clattering around his kit, using a wood block and a towel on his snare. As if to throw them a curve, Williamson began walking in harmonically free fashion but Mengelberg scowled and continued on his own way. As he later explained, his idea of chaos is “more like rotten eggs and spoiled tomatoes.” He put on a fishing hat and continued to speak, backed by rumbling bass and drums, then began noodling a Bird tune which evolved into “Out of Nowhere.” He indulged in a bit of twisted stride before playing an only slightly more conventional “Blues in A,” after which he asked rhetorically, “What is the meaning of the blues?” After another improv piece, his final question: “Would you like to hear something irrelevant?” Then he blew his nose.

Sometimes what is most memorable in the course of a festival are brief moments rather than entire performances. For example: the dramatic lighting for Peggy Lee’s scary-cool cello recital, Norwegian vocalist Sidsel Endresen’s stunning, otherworldly vocals during the Jazzland Community’s concert, the UMO Jazz Orchestra’s urgently exuberant saxophone duels, and the young drummer Justin Brown kicking the crowd’s butt at the hotel’s after-hours jam session. Interesting also to hear various American musicians on stage take gratuitous verbal jabs at Bush and the United States, turning what ought to have been declarations of conscience four years ago into cheap applause lines.

Last but not least were the revealing insights shared in free workshops with saxophonist Tony Malaby, who discussed the spiritual aspects of music and how he draws inspiration from the simple act of chopping onions, and pianist Vijay Iyer, who explained how he layers various motifs across rhythm and time. Iyer also invited the AACM flutist Nicole Mitchell, who was sitting in the workshop audience, to join him in an impromptu, exploratory duet.