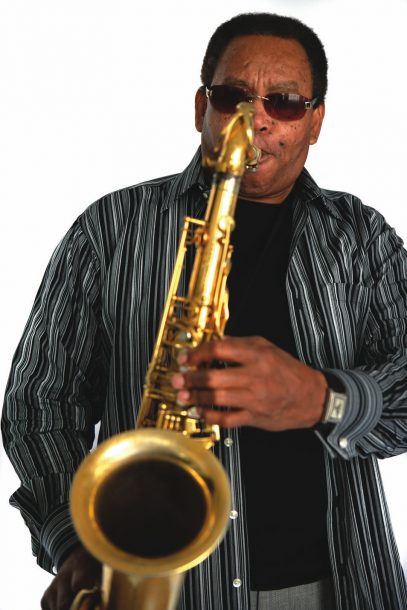 By the time alto saxophonist Bobby Zankel brought his 11-piece Warriors of the Wonderful Sound big band to the stage to close the two-day Collective Voices Festival the crowds at the South Street club Tri-Tone had already experienced a full array of wonderful sounds presented by over two dozen of Philadelphia’s sound warriors.

Drawing primarily from the pool of musicians that had already performed during the fest (more than half played in other bands as well), Zankel’s Warriors summarized the close-knit aesthetic of Philly’s outsider jazz scene: a little weird, a little soulful and ignoring rules more so than trying to break them. Featuring some exciting locals like tenor saxophonist Elliott Levin, guitarist Rick Iannacone and baritone saxophonist Anawim Avila, the band’s hour-plus set of Zankel compositions was tightly composed, mildly chaotic and thoroughly enjoyable, although it was witnessed by only a fraction of the original crowd, which continued to diminish throughout the evening.

One of the best and most cohesive bands to take the stage during the fest was that of pianist George Burton. The 22-year-old Temple product dazzled despite being forced to play an electric piano instead of an acoustic. Although the band was listed as the George Burton Group, including acoustic bassist Derek Hodge (who has played electric with Jill Scott and is set to tour with Common in the fall), alto saxophonist Jaleel Shaw and drummer Wayne Smith, the quartet felt more like a collective than a single artist’s vision. Burton was superb, anchoring the band in a straight-but-not-straight style reminiscent of McCoy Tyner. Horn players often will dominate in small bands, but Shaw (a Berklee grad and member of Boston’s Either/Orchestra) fit the group perfectly, accenting the tight rhythm section rather than stepping on it. Burton, who has monthly gig at Philly’s Ortlieb’s Jazz Haus, seems destined to great things-and soon.

Khan Jamal’s duet set with out-of-towner alto saxophonist Jemeel Moondoc reminded everyone that when a vibraphonist like Jamal is in the band, there’s no need for a bassist, drummer or pianist. Mostly using three mallets at once, Jamal was impeccable, plunking wide-interval chords and running his hands independently and creating superb melodies, often backed by a deep reverb drone created by the rapid succession of notes he played. Although he’s one of the best alto players on the scene, Moondoc’s performance didn’t quite have his usual brilliance. At just about 45 minutes, the duo’s set was, unfortunately, one of the shortest of the festival.

Like Jamal, Odean Pope recruited on an out-of-town saxophonist to complete his band, bringing in New Yorker Billy Harper to complete his saxophone quintet. In recent years, Pope’s CDs have primarily been made with his sax-bass-drums trio, moving away from the pioneering work he did leading the Saxophone Choir. But Pope returned to his all-sax sound with his unwieldy named Intercultural Saxophone Ensemble Under the Pope Umbrella for a festive set.

Elliott Levin sanctioned a special quartet especially for the event, and it was one of those “only in Philly” kind of bands: the free-blowing tenor was backed by electric guitarist Rick Iannacone and former Ornette Coleman Prime Time rhythm-section bassist Jamaaladeen Tacuma and drummer Calvin Weston. Levin is known mostly for his brief associations with Cecil Taylor and the Sun Ra Arkestra, and he’s a torrid player whose poetry is just as boisterous. Each musician got ample solo time to show his own style, but Tacuma and Weston stole the show. Weston’s solo on a tomless kit was just plain off the hook.

Tacuma made his return to the stage for the second night to augment Ben Schachter’s Trio of Many. Tenor saxophonist Schachter is a brawny young guy and his band looked like a football team on stage. Erik Johnson pounded his drums like a lineman, acoustic bassist Micah Jones was swift like a running back, Tacuma showed wide-out speed on the electric bass and Schachter called the shots like a quarterback.

Each night was opened by a collective unit of young musicians, Indecipherables and Edge City Collective, respectively. Both bands’ sets seemed like informal jams without direction or much style. Although they were adequate, neither band was impressive, except for one the groups’ shared members, trumpeter Bart Miltenberger, whose stark, brisk tones were also an important addition to Zankel’s big band.

Although the crowds packed a good-sized club for two straight nights, Zankel put both nights and all of the musicians in perspective as he addressed and thanked the crowd in between numbers, saluting all the musicians of the festival. “To play this music in this day and time you really have to be a warrior.” It was kind of a bittersweet statement: despite appreciation from the crowd, the musicians recognize that it’s tough to get even the locals to care about your work.